As a self-motivated American Dream/Reality promoter and possibly even your counselor and mentor (I only take on this role if you are voluntarily reading my blog on a regular basis), I am getting bold and repetitive about financial autonomy—BECAUSE I BELIEVE IN YOU. 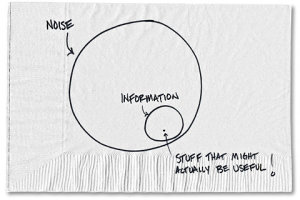 I believe that you can solve your own problems and crises if you will but seek out financial truth, raise your head above the din of everyday drudgery, and set your determined gaze on that truth.
In a phrase: rather than focusing on The Economy, focus on Personal Economy.
Do you have an economic goal and a financial plan?
Are you actually striving for a specific desired financial end result or are you just getting by?
Will you have a secure and adequate financial base when you decide to retire?
During the winter holiday season, I always take time out to read a few books that have been waiting patiently on my shelf. This season, I am reading a few Industrial Age and Great Depression era biographies, namely: Andrew Carnegie, John D. Rockefeller, J.P. Morgan, Henry Ford, and George Eastman.
This period covers about 100 years beginning in the1840’s through the 1940’s. Many people lost all that they had and others did very well during this period. Yes some people did well due to corruption and cheating the system.
Others gained wealth due to being at the right place at the right time, but the majority did well or poorly as a result of following or not following sound principles of finance and whether or not they lived or avoided Clason’s Law (George Clason, Author of Richest Man in Babylon, explains that people stay in financial bondage who strive for a standard of living at or beyond their income, regardless how much they earn).


It is fascinating to study these men’s lives. Many started out with much less innate talent or resources than you have now, but they overcame their less than favorable circumstances and not only did very well financially, they left a legacy that we now enjoy.
I wanted to read about these men in depth because for decades I have been influenced by hearsay and public “common knowledge.” I wanted to know for myself who these men were and what they stood for.
I do not agree with every method and every conviction held by these Titans of the Industrial Age, but only after studying their lives and getting into their heads can I now say that I think I understand them at some level and realize that whether I agree or disagree is not the issue.
Intention is the true criteria upon which we should make judgment. Intention means much more to me than passing social morality or legalism.


To judge a man by his intention is to look into his heart. We seldom accomplish what we dream of, in fact often we come up miserably short, but that does not change the fact that we were motivated by a beautiful dream. And that we should be judged by our intentions and not our less than perfect manifestation of those intentions.
But I digress.
One of the most basic concepts I discovered in the study of these great men (meaning impactful not necessarily good) is that they saw the world differently than the general population* and clearly understood the proper relationship between four economic realities: Income, Expenses, Assets, and Liabilities.
There is a great distinction between those who follow the Liability Cycle versus those who concentrate on the Asset Cycle.
Let me explain.
The typical middle class American seeks a good job so that they can earn enough income to qualify for as many liabilities (for a Clason’s Law standard of living) as possible, which then obligates all of their income to pay monthly expenses. This creates an impression and feeling of a high standard of living but in reality it expends all income and incurs unsustainable debt.
This is commonly known as the “Rat Race” or the Liability Cycle.

The wealthy or those moving toward wealth employ a different strategy. They begin living substantially under their means or income, then use the resultant savings to purchase assets, which in turn generates passive or residual income.
The increase of income (residual income) covers the monthly expenses, allowing the person to save and invest even more. Still living under their earned income, they are able to purchase even more assets, creating even more residual income and so it goes.
Over time, the residual income from assets exceeds their expenses and they are financially free. Then the residual income exceeds their earned income and they quit their job. This I am calling the Asset Cycle.
The beauty is that any person regardless of their situation or how much damage they have caused themselves financially, can begin applying the Asset Cycle today and in due course, raise themselves out of the nightmare of debt, low self-esteem, and destroyed dreams caused by the Liability Cycle.
Understanding the magic of this process is just one lesson to be learned from studying the Industrial Age and Great Depression eras.

*One of my mentors from 20 years ago took a class at Stanford in the 1950’s called “Contrary Opinion.” The point of the class was to prove that most people are wrong most of the time. So don’t follow the crowd. By doing the opposite of what most of the people are doing, you have a greater chance at success.
These same sentiments are echoed by Warren Buffett – “Be fearful when others are greedy and be greedy when others are fearful,” and Sir John Templeton – “The best opportunities come in times of maximum pessimism.”

Our post this week is by a Monticello College student. Brandon Mitchell sent me his experiences with higher education on 1/26/2013. Shortly after... read more

Why the 12th Amendment?

One possible outcome of this historic election could be an Electoral College impasse that would then move the choosing of... read more

Click Here For Part Two   I’ve been angry for a while now. When I turned 50, I took pause and reflected on... read more

Scene near the Bundy Ranch in Nevada on April 12, 2014 The next few posts will be surrounding the Cliven Bundy... read more