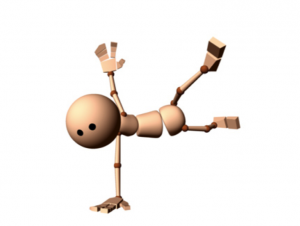 Fallacy Number 4: “Balance” means balancing work with entertainment.
Today’s adults don’t usually find out what really hard work is until they graduate and have to support a family.
The average person supporting a family in modern America puts in over fifty hours a week at work; in most countries the amount is much higher.
But the American high school system conditions most students to attend class five hours a day and do outside study a few extra hours a week.
The rest of the time is filled with activities, friends and occasional family time. And this has become the standard for balance.
Most college students follow suit: they are in class three to five hours a day, they study a couple of hours a day, and they fill the rest of the time with activities and friends.
Again, this is considered “balanced.”
Once people get out of school and go to work, “balance” most often means the need to spend more time with their family.
But while in school, they say it to mean that they need to spend more time with their friends engaging in fun activities. Family time and study time are shoved aside. 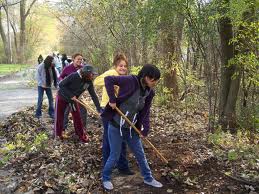 One of my mentors, a religious leader from my faith, taught that the right approach to daily life is eight hours a day of sleep, eight hours a day of work, and eight hours a day of leisure.
And he spoke at a time when leisure didn’t mean entertainment.
Indeed, leisure means serving people, studying, learning, being involved in community service and government, and so on—whereas the slaves in Rome were considered incapable of leisure and so their masters gave them entertainment to keep them pacified.
The media age has tried to convince us all, quite successfully, that we need entertainment—and often. 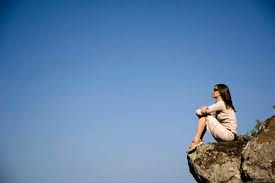 I take the eight hours sleep, eight leisure and eight work quite literally—it is a solid and realistic approach to “balance.”
In all my years of teaching, I have never had a married, working 40 hours a week student complain about not having time to study. They all make the time.
Those who complain are always those wanting more time for entertainment, never those who want more time for work or family.
Every single one of those complaining that they want balance has been someone without a full or steady part time job. That is amazing to me.
The simple truth is that they are right—they do need balance. They need to start working and studying as if they were college students.
Studying a minimum, and I mean minimum, of forty hours a week in college is balance—it balances the pre-college years where most students did real, intensive study only a few hours in their whole life.
And a few college students actually studying enough to become Jeffersons and Washingtons is balance to a whole generation of college students playing around.
If you really want to invoke balance, I think you could make a strong argument that entertainment is not part of a balanced life—unless it is the leisure sort done with family or to learn or serve. Get rid of entertainment time, and fill it with studying, and you will start to find balance.
Until then, you will continue to feel unbalanced—and whatever you blame it on, the study will not unbalance you.
On occasion I have had students who did become unbalanced in the side of their studies, and I have recommended that they cut back and spend more family time. But this has happened perhaps three times out of hundreds of students.
In contrast, it always surprises me who tries to argue for balance—they are usually the ones in no danger whatsoever of becoming unbalanced studiers.
Fallacy Number 5: Opinions matter.
This is perhaps the biggest, most widespread and most fallacious lesson of the electronic age.
A time traveler visiting from history might well consider this the most amazing thing about our age. Everybody has an opinion, which can be delivered in 30 seconds or less, and these opinions are considered newsworthy, valuable, and a sound basis for public policy and individual action. 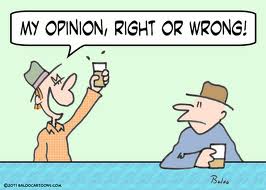 But an opinion is really just something you aren’t sure about yet–either because you haven’t done your homework, or because after the homework is thoroughly complete the answers are still a bit unclear.
Opinions are at best educated guesses, at worst dangerously uneducated guesses. In any case, opinions are just guesses.
Great people in history know and choose. Opinions are really nothing more than the lazy man’s counterfeit for knowing and choosing. Again, there is a place for opinion, but after the hard work is completed, not as a replacement for it.
In short—opinion is not a firm basis for anything except passing time (which may be one of the reasons the market won’t listen to more than 30 seconds of it at a time).
Imagine what the educational system might look like in a society that values opinions over knowledge. Or try to imagine the future governmental and moral choices of a society where all opinions are created equal, and endowed by their creator with inalienable rights.
Certainly such a society will not be wise, or moral, or free.
III. How to Increase Attention Span
Now, in pointing out these false lessons of the electronic age, my point is not that books are better than computers or televisions. There is nothing I know of that makes paper and binding inherently better than plastic and silicon.
Computers are better than books for many things, such as tracking and storing large amounts of information, speeding up communication and technological progress, and increasing the efficiency and even effectiveness of business.
Television is better than books for many purposes, including mass and speedy communication, business advertising and marketing, and entertainment options where important ideas can be portrayed and carried to the hearts of people more quickly.
My point is not that books are inherently better than electronic screens, nor is it that electronic media is bad. Nor is my point that the electronic media undermines our morals; the truth is that many books are at least as bad.
My point is that books are better than television, or the internet, or computer for educating and maintaining freedom.
Books matter because they state ideas and then attempt to thoroughly prove them.
The ideas in books matter because time is taken to establish truth, and because the reader must take the time to consider each idea and either accept it, or (if he rejects it) to think through sound reasons for doing so.
A nation of people who write and read is a nation with the attention span to earn an education and a free society if they choose.
The very medium of writing and reading encourages and requires an attention span adequate to deal with important questions and draw sound and effective conclusions. The electronic media arguably does not do this in the same way.
Now, idealism aside, the reality is that 30 second sound bites is how public dialogue takes place in our society, and we can either whine about it or we can adapt to the realities and develop our skills to be leaders.
A leader of public dialogue in our day must use the 30 second method; in fact, the reality is closer to 6 seconds than 30.
I am not saying that we should ignore this reality and prepare for 7-hour debates to impact public opinion. The electronic age is real and statesmen should be prepared to utilize it effectively.
But there is a huge difference between those who just polish their media technique and those who do so after (or at minimum, while) acquiring a quality liberal arts education.
Technology is a valuable tool, and a person who has paid the price to know true principles and understand the world from a depth and breadth of knowledge and wisdom, and then applies his or her wisdom through technology is much more likely to achieve statesmanlike impact.
His 6-second sound bites will not be opinions, but rather ideas that have been fully considered, weighed and chosen.
Indeed, and this is my most important point, in the electronic age your attention span is even more important than it was at other times in history.
The future of freedom may well hinge on one thing—our attention spans. And certainly your future success as a leader and statesman depends on your attention span.
One thing is certain: there will be no Lincolns, Washingtons, Churchills, Gandhis, or the mothers and fathers who taught them, without adequate attention span.
CONCLUSION 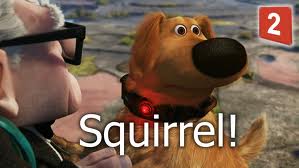 I wish I had some tricks to give you to increase your attention span.
But there is only one that I know of: discipline and hard work, hours and hours and hours studying, with hopefully some prayer and meditation in the mix.
There will be leaders of the next 50 years; I believe you will be among them. But only if you increase attention span.
Otherwise, you will be one of the masses, going along with whatever those in power do to society, led along by your “betters”—not because they are better morally, but because they have a longer attention span.
Too many leaders in history have been people without virtue, who ruled because they had the knowledge. Knowledge truly is power. In this day, it is time for people of virtue to also become people of wisdom.
I challenge each of you to be one of them.
Don’t let your habits of entertainment, your attachment to fun and slave entertainment stop you from becoming who you were meant to be. Become the leader you were born to be—spend the hours in the library. Let nothing get in your way.
Many things will arise to distract you; study will often seem the least attractive alternative for the evening. But you know better. You were born to be the leaders of the future.
Now do it—not in 30-second sound bites of opinion, but in seven to ten hour daily stretches of building yourself into a leader, a statesman, a man or women capable of doing the mission God has for you.
Endnotes:

Scene near the Bundy Ranch in Nevada on April 12, 2014 The next few posts will be surrounding the Cliven Bundy... read more

The Only Legitimate Reason to Own and Carry Firearms

Trek One Report [TREK is a tremendous leadership laboratory. When faced with randomly chosen groups, varying conditions of weather, fatigue and... read more

The Depth of the Swamp

The following is adapted from a talk delivered on February 20, 2020, at the Hillsdale College National Leadership Seminar in... read more

The American Dream America was established on the hope of relief from political and religious tyranny. Over time it became the... read more

For More Information And To Register: CLICK HERE read more

Return of the Manual Arts

We have spent considerable space in these posts discussing education, particularly the liberal arts. This post is dedicated to the lesser... read more