George Washington was not a great president.  He was an average farmer and a loyal but solitary if dispassionate husband and neighbor. When it came to people and relationships, public speaking, pressing the flesh, and gushing, Mr. Washington had a lot of room for improvement.
It’s a good thing Washington’s mission was none of those things. I don’t presume to know exactly what his vocation or life’s mission was. All I know is that few have come close to the tenacity and courage he exhibited during the eight years of the Revolution. 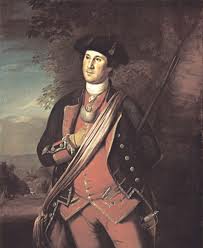 At the time colonial America found itself pushing back against an entrenching English Parliament, Washington was a retired military officer of the Crown.
His loyalties had been to the British Empire and he had been happy to serve his country.  Retiring due to illness, he settled into a life of the gentleman farmer.
As early as 1765, however, Washington records his alarm at signs of an overreaching national government and greedy English merchants.
While he was serving in Virginia’s House of Burgesses (1759–1774), Washington’s concerns increased as the British parliament continued to usurp British-American liberties.
When the Continental Congress determined that the Parliament had finally overstepped their role as a governing body and unofficially declared hostilities against the England, General Washington was appointed the head of all colonial American military forces.
What followed was eight long years of hardship, privation, and treachery.  Washington however, never faltered and was courageous to the end.  Courage has been defined as not being the absence of fear, but the ability to move forward in spite of it.
So What is the point of this short history lesson?  The point is to lay the groundwork for some very significant comparisons to modern America. 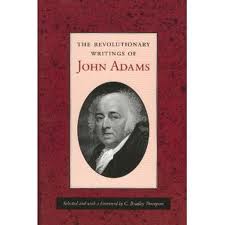 Historically, the colonies were sovereign states (a state, as in the “United States” is one use of the word. A state in general, is defined to be a self-determining political entity) that had allegiance to the Crown only.
In his writings, Adams (see The Revolutionary Writing of John Adams) shows it to be a matter of historical fact that the colonies were in no way under the jurisdiction of the Parliament.
Similarly, the burden of the usurpation of state power and sovereignty under which we currently exist is a gross violation of the system of federalism initiated by America’s founders.
When the Continental Congress engaged in self-defense and later declared independence from Great Britain, they were in every sense of the act, expressing to the world their state of liberty and abhorrence to tyranny.
This feeling carried over into the convention of Philadelphia and directly into the form of government we have inherited. The policy of nullification practiced primarily by the southern states from 1800 to the American Civil War was an extension of this sense of independence and sovereign status.
In our day, we seldom see the states expressing any knowledge of this inherent fundamental right or a desire to revive it.  The Constitution has been modified (16th, 17th amendments, Federal Reserve, etc.) to weaken that true nature of federalism and the members of that federal union.
However, there still remains at least one remnant of that former institution: Article V of the U.S. Constitution (recommended reading for all).
Fear and trepidation seems to be the foundation from which those who oppose this last vestige of power operate. The founders must have known that the day would come when this provision would have to be activated as a way to reset the course of our fair nation.  Why else would they have left it for us to use.
Rather than run from a power that we fear might be used against us, let us embrace it and use it to rectify the wrongs of the past 100 years.  Let us exemplify the courage of Washington and the men and women who served under him.

Some say that activating Article V is a reckless act that would disrupt society and weaken the stability of our nation. Historians know that a little social disruption from time to time founded in sound principles is good for a people.
Jefferson was fond of saying that “the tree of liberty must be refreshed from time to time with the blood of patriots and tyrants.”
What’s even better is if such a revolution can occur without the bloodshed.  That is exactly what the founders gave us, a means to have a revolution, to overthrow stagnated, toxic government without violence or bloodshed.
But we would have to each become responsible for our own governance and participate in such an overhaul for it to have a positive outcome.  We would have to embrace our reality, just like Washington did and hold on tight to what we know to be true.
So that’s it.  We don’t have to be perfect, in fact we can be pretty average.  But for freedom to survive we must show courage. Will we claim the responsibility of our own governance?  Will we risk today to ensure a free tomorrow?  Or will we forfeit the future for a tranquil present?

School is wrapping up for us at Monticello College (we run from mid-April to mid-November). We thought that you might... read more

Here is the first post of our Monticello College Greenhouse Video Log 2016.  I will continue to chronicle this process... read more