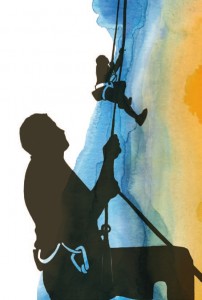 In a true liberal arts environment, the mentor serves one primary purpose–a model for emulation.
Mentors in the liberal arts may lecture and critique and lead students to become better writers, they may ask penetrating questions and cause deep reflection, introduce students to distant lands and peculiar customs, pose problems to solve and demand excellence in the solutions; but their greatest contribution is living an exemplary personal and public life that reflects the virtues and values so often extolled in the classics.
Honestly, it is difficult to find such mentors in the 21st Century, but that is our task. We select only those individuals as mentors who embody and live by a code of conduct and a set of truths that we wish to inculcate in our students.
Academic prowess is important, but personal integrity is vital. Thoughtful consideration of Shakespeare or Milton is valuable, but living a life of service is of greater consequence.
Understanding the complexities of Aristotle’s Ethics, Euclid’s Elements and Plutarch’s Lives can have life long application, but they are of no comparison to living a life of fidelity and frugality.
We make no apologies. Who our mentors are—is even more important than how or what they teach. We have created the right environment and we direct the curriculum but we cannot control how a person (student or mentor) lives his or her personal life.
Our mentors do not all have terminal degrees. They are often successful in a field outside of traditional academia. But they are all academically prepared, well versed in the curriculum, and passionate about living a good life, fulfilling their own personal missions, and about helping to prepare the next generation of American Founders.
Curriculum 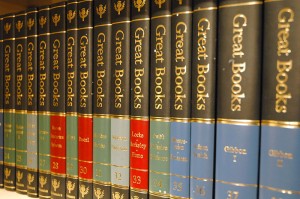 Monticello College stands on the belief that the original American Founder leadership was the product of a particular educational system, known to the great leaders of the past, but lost to modern academia.
It was a principle-centered process grounded in the belief in God and immutable moral law, framed on the classics of literature, history, science, the arts, and philosophy and crowned in the discipline of real-world application under the guidance of a committed and caring mentor.
Our mission is to emulate the Founder leadership model, and at the heart of that model is the curriculum.  The foundation of our curriculum is the Great Books of the Western World.
We supplement this set of classics with additional literature, history, applied science and mathematics, the fine arts, debate and extemporaneous speaking, simulations, lots of outdoor classroom time, and Trek (outdoor adventure).
A 40-hour study week is our standard. Hard work, independent thinking, self-reliance, the challenge of excellence, and an acknowledgement that there is a God/or higher power, are all part of our curriculum.
Subjects Covered in Our 4-year Liberal Arts Degree:
History
Political Science
Political Economy
Fine Arts
Comparative Religious Studies
International Relations
Negotiation and Diplomacy
Statesmanship
Constitutional Law
Current Events
Mathematics
Protocol and Etiquette
Entrepreneurship
Public Policy
Philosophy
Literature
Science
Foreign Language
Residency
Building leaders is a time consuming, costly, delicate, and very personal business. As students pore over the classical works of the greatest men and women of history, the Great Ideas become part of their very being. Mentors are more than teachers.
They become guides, counselors, friends, and sometimes-parental figures. In an effort to reinforce the truths of the classics and provide world-class mentoring, all single students are provided separate gender dormitories with full time onsite mentor family supervision.
Leadership is not something to be worn like a coat. It must be who one is. Leadership training requires a 24/7 environment to inculcate the mental and physical habits of living “disinterested*,” productive, and legacy-oriented lives.
Environment
“He believed that the sky had a moral function, and that contemplating it induced wonder, a sense of possibility without limit, and inspiration. And he believed that on the High Plains, scoured clean beneath the unbordered canopy of the sky, an American might still dream largely and uncynically. In one of his final notes he left an instruction that the daily curriculum “require and guard zealously a time, of a hour at least, daily, of contemplative solitude. It should be outside for all but the worst months of the year, and the students are to have no books with them when they are alone for such times.”            Josiah Bunting – An Education for Our Time 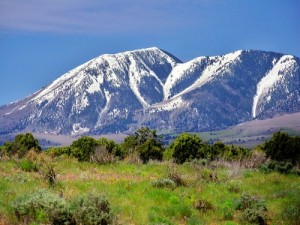 The greatest results from America’s greatest schools occurred when they were small, obscure, and of a remote nature. To meet perhaps America’s greatest need ever, we must return to the model that originally formed us to be the greatest nation on earth.
Monticello College is nestled in the eastern shadow of the Blue Mountains. Surrounded by the wonders of nature, students and faculty can access some of the most remote wilderness of the Colorado Plateau by simply entering one of 3 campus trailheads that lead into national forest.
Many famous Americans have written of the healing and transforming power of nature— Thomas Jefferson, George Washington, Samuel Clemens, John Wesley Powell, Georgia O’Keeffe, Henry David Thoreau, Ralph Waldo Emerson, and Gene Stratton-Porter among others.
Nature is solitary, rugged, unforgiving, exacting, beautiful beyond belief, demanding, vigilant, extreme, resourceful, self-reliant, and self-evidently dependent on the laws of nature.
One need not spend much time on our mountain campus before beginning to learn the lessons that nature has to teach—lessons that build leaders who lead with wisdom and vision. Leaders who know the value of self-sacrifice. Servant-leaders who through personal experience, understand what climbing a mountain means, and the value of reaching the top. Leaders who know when to be patient and long-suffering, and when to strike with full force.
Service
Monticello College promotes service. Leadership training demands it. We favor the college version of the Rotary International Service Club called Rotartact, but any type of regular service will yield the same result. Service is absolutely required in the development of leaders. It builds empathy, compassion, the resolve to do hard, uncomfortable things, and to voluntarily put in long hours without personal compensation other than the satisfaction of putting others before oneself. At the risk of stating the obvious—service is required to create servant-leaders.
Perhaps we need to state the obvious more often.
Spending lots of time serving widows, orphans, grandparents, the elderly, the sick, or any who are down or struggling, volunteering for church groups, city or county government, or creating innovative means of helping the community at large should be the focus of much of the leader-in-training’s non-academic time.
Historically, service creates community—the harder the times, the more community is needed. Alumni and other men and women of vision will soon be providing the means for our on- campus students to study without tuition concerns. One of their primary motivations is to see copious amounts of service being performed by our students.
Conclusion
A long search through both eastern and western history and over two decades of application have convinced us of not only the desperate need for a new generation of leaders, but that they must be built in a certain time-tested process.  Monticello College has been carefully created to provide as much of that “time-tested” process as possible in the 21st century.  We invite you to join us in the pursuit of a generation of “New American Founders.”
*In the language of the 18th and 19th centuries, to be interested was to spend most of one’s energy and thought on personal comfort and well-being.  It was to put one’s own interests ahead of community, family, and even spouse.  It was to shirk one’s duty to society and to God.  To be disinterested, was the opposite. It communicated a feeling of selflessness, a conviction of others before self, and a sense of duty to one’s God and country.  As Josiah Bunting put it in his enlightening book, An Education for Our Time, “The quality of being disinterested is . . . building as a habit of conduct the mastery of all urgings that would drive a man from his duty and the elimination of all calculations of benefit or gain [in the execution of that duty].”

Read Part One Here II. Attention Span and Freedom Of course, attention span by itself is not enough to guarantee education or... read more

I Don’t Care Where My Kids Go To College

Huffington Post's Catherine Pearlman posted a blog a couple of weeks ago and her message so resounded with me, I thought I... read more

Pigs, Chickens, And Cats–Oh My

We already have cats on campus--our trusty mousers, and we are very excited about the coming additions to the farm... read more

If free is not enough, I don't know what it will take to get you to check this out...seriously, if... read more

I went back to some of my older blog posts to see what I had said about things then.  Here... read more

The Secret To Katy Perry’s Success