Our dilema is that like most things human, we have taken the concept of the division of labor too far. Oliver DeMille points this out in his 2005 speech, The Future of American Education: 8 Trends Every Parent Should Understand:

Since 2001 a number of social commentators have noted that as a society we are outsourcing more and more of the things that were typically done by families (one of the best works on this is The Future of Business by former U.S. Secretary of Labor Robert Reich).  For example, the following list includes things done almost entirely by families in the year 1900:

The list has changed in the past century, and the victim has been the family.  Perhaps the “Big 5” on the list are: 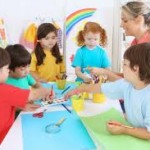 Childcare, which has been outsourced, especially in urban America, to professional childcare institutions.

Food Preparation, which has been outsourced to fast food and pre-packaged meals.  For example, 1999 was the first year in which expenditures in the U.S. for fast food exceeded expenditures for groceries. 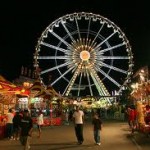 Entertainment, which used to consist of families reading together or things like group picnics and outings.  Today, even when families are together, they usually sit facing away from each other toward a television, movie screen, or sporting event. 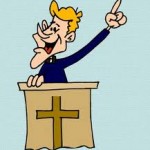 Teaching Religion, which was once seen as the role of parents with the preacher lending a helping hand, is now almost entirely outsourced to the pastor or Sunday school teacher or to some secular alternative. 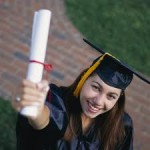 Education, which historically was overseen by parents who hired and evaluated teachers and did much of the instruction themselves, has now been almost fully outsourced to “the experts.” 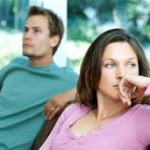 Another huge trend, which already has drastic consequences that are only beginning to be understood, is the outsourcing of counseling between husband and wife
(discussion of their fears, anxieties, worries and fondest dreams) to expert counselors.
Perhaps the 54% divorce rate in the U.S. is connected to this; as Allan Bloom pointed out in 1987, people live, sleep and sometimes eat together, but they don’t think, dream and work together toward a common goal in the same way that our grandparents did. This delegation of intimacy to the experts may yet be the biggest trend of all.
And what is the impact of using videos or DVDs in the place of reading bedtime stories to toddlers?  The outsourcing of our families and the things only families can do well is a growing trend, and a very sobering commentary on the future of our society.  Historians might compare it to the fateful practice among French women in the 1750s-1780s of not nursing their own children—of instead turning them over to wet nurses. Few would argue that this was the only cause of the bloodbath and societal fall in the French Revolution in the 1780s, but almost everyone agrees that this was a significant part of it.
So, with all these duties being outsourced, what is left that only the family can do?  According to the new economy – nothing.  The leading view today is that “It Takes a Village,” that even love can be outsourced to teachers, coaches, clubs and mentors. The truth is that it does take a village, a community, but a community of families working, playing, cooperating and facing obstacles together, not a community of government institutions.
In short, Trend One is that as a society we are outsourcing family roles.

The concept of the division of labor has been used to create great wealth, but as both Smith and DeMille point out, it also has proven to have detrimental effects, principally, a growing disconnection of the laborer and family member from the whole process and responsibility of self-sufficiency, health, social relationships, citizenship and familial duties.  It breeds in the individual a dependence on institution, be it employment or government, and creates an ever-widening gap between the rich and the poor.

So How Do We Re-establish Free Enterprise?

First, we must clearly differentiate between current economic practices and the principles of Free Enterprise:
Modern Developed World Economy
Growing governmental and quasi-governmental control of the production, distribution, and consumption of goods and services built on a foundation of perpetually mounting debt.  Production, not consumption is the primary consideration. International organizations (such as, the IMF and the World Bank) and multi-national corporations running or having significant control over national economic decisions. Governments meddling into the day-to-day lives of the average citizen.  Citizens dependent on the government or the market for the most basic and reoccurring daily needs.
Domestic Economy
Enough skills possessed by family members to secure or create and maintain sustainable housing, food and clothing for the entire family.  Additional skills may be encouraged to enhance the family’s economic stability and trading ability.  The principle is to not be wacky self-sufficient, rather sensibly taking responsibility of your family needs in a way that perpetuates your independence. Reliance on institutions and even government outside of your local area is debilitating and harmful to liberty.
Community Economy
The minimum number of farmers, skilled tradesmen, and craftsmen required to provide basic community self-sufficiency. When local economies can provide the basics of sustaining life with no outside involvement, that economy is strong.  It may choose to interact with other and larger economies, institutions and governments, but it is a choice, not a necessity.
Domestic and community economies have been sacrificed on the alter of profit.  And mostly the profit of multi-national corporations/government alliances that rarely take into account the people who make it all possible.
Seven Steps to Engaging Free Enterprise
These seven steps will get a person moving away from the mess that we are in as a country, to the social, political and economic construct of Free Enterprise:

No one can promote liberty, enjoy it himself or help others to attain it, if he is not personally and familially free.  Free Enterprise policies, economic philosophy, and lifestyle are the most likely means of accomplishing that end.

A Beginner’s Review of the Qur’an, Part 3: The Best Defense

My Experience At The Utah State Legislature: Part Four, Legislation

Does Anybody Understand This Stuff?: Part 5, Mercantilism and The Physiocrats – A Thumbnail Sketch of 4,000 Years of Economics

The Blues: The Western Mountains of the Colorado Plateau

Monticello College is situated on the eastern slope of the Blue Mountains or known locally as the Abajos. Part of... read more

What The H— Is Wrong With America? – Part Three – The Demise Of The American Middle Class