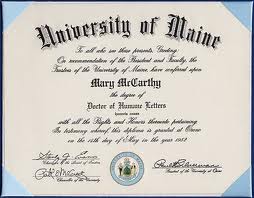 Must an education be limited to completing a checklist of courses in order to receive a certificate of conformance to present as evidence to a prospective employer of having met a minimum standard of proficiency in practical, productive job skills?
Is an education limited to passing through a “liberal arts” program at a name brand institution in order to gain entrance into the power circles standing guard and carefully bestowing limited access to positions of power in government, business, and law?
Or is an education limited to the fine art of intellect-building, culling knowledge from the great ideas of the past and the present, simply for the sake of knowledge?
What is an education, and what is its purpose?
The study of languages offers a portal into the exploration of at least a partial answer to such a worthy question. Learning begins with an awakening to something previously unknown—a glimpse of the view from a different vantage point—an expanded perception of the world.
Right learning takes our perceived reality a step closer to actuality. The true language of math trains our minds to recognize patterns, think in the abstract, and logically reason. 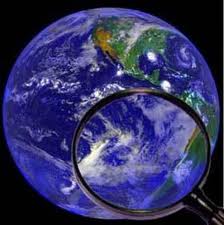 The true language of science increases our capacities to observe, to measure, to think in the concrete, and to make and test theories. The true language of art teaches us to both appreciate and express beauty, symmetry, elegance, emotion, and feeling.
The study of foreign languages introduces us to human cultures and worldviews distinct from our own, allows us to recapture nuances once lost in translation, and offers a gesture of respect to others with whom we want to seek common ground and understanding.
A personal worldview may be likened to peering through a monocle. Depending on the quality of the lens, the view can be clear and magnified or in places it may be somewhat clouded and distorted. With only a single eye, the view is inherently limited in scope and depth.
Learning another language is much like adding another monocle, thus creating binocular vision. It adds another vantage point that in many ways complements, enriches, and completes the original picture.
Of course, in another sense, the new monocle may also compete to be fitted to the dominant eye. The challenger may present alternative values and goals that, by definition, are incompatible with the status quo. A hearing will be demanded and a choice must be made.
The virtue of Hebrew is that it offers both a completing and a competing lens to consider.
Completing Features
I live in a western world that is highly influenced by our Greek and Roman heritage. The Greeks teach me the static nature of things at rest. Things simply are. They are fixed and inflexible, ordered, calculated, reasoned, planned, and rational. Ideally, life is peaceful and harmonious; it is meant to be lived in moderation—a virtuous compromise centered between the vices of the extreme. 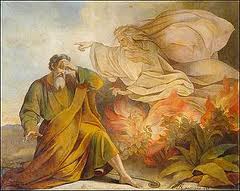 The Hebrews offer me a distinct, yet complementary, alternative. Theirs is a verb-oriented language. The foundation of nearly all ancient Hebrew words is a three-letter root whose basic meaning expresses movement or activity.
Other letters are then added as prefixes, infixes, and suffixes to derive the other grammatical forms: verb conjugations, nouns, adjectives, etc. Thus, the very construction of the Hebrew language emphasizes the dynamic and active nature of things. They are changeable and in motion.
Take, for example, a mountain, a decidedly static object to my Greek eye. Point at it. Declare it a noun. “But wait…” interrupts the Hebrew. “Do you see ‘that which looms’ in the distance?” The primitive root for mountain is a verb meaning to rise up or loom.
In the same sense, a door is that which opens wide. Mountain and door—that which looms up and that which opens. The nuance is dynamic, masterful, and energetic. In contrast to the peaceful and harmonious, life is vigorous, passionate, and explosive. Life in all its light, color, voice, sound, tone, smell, and taste is meant to be experienced, not spectated.
To my Greek mind, appearance holds highest priority. It favors an objective, outsider’s point-of-view: observe beauty as displayed in the ideal form and symbol. Consider, for example, the golden ratio and other optical refinements in the Parthenon and the vast architecture, sculptures, and paintings of Ancient Greece.
Hebrew, in contrast, teaches me to value impression, a subjective, experiencing, insider’s perspective: feel beauty as revealed in function—that which fulfills it purpose—that which lives in excitement and rhythm. Rather than the architecture, the sculpture, or the painting, see the transformation of the stone, the clay, and the canvas in the master’s hand. 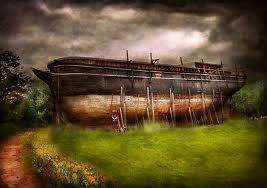 How is Noah’s ark to be constructed? Of what is the Tabernacle made? Dimensions and materials are defined, but a visual image of these edifices does not come easily to mind. Compare that to the much more visually descriptive cave in Plato’s allegory, or to the gods of Homer and Hesiod.
The Greeks argue that the power of the mind is measured in its capacity to think logically, to gather and synthesize, and to reason its way to truth. Points, lines, and planes offer visual and spatial elements for working Euclid’s geometry. Aristotle’s logic systematically reasons to a right-minded conclusion.
To know for the Greek is to see what is. “Seek learning” in order to furnish a proof.
Hebrew, on the other hand, proposes to me that the power of the mind be measured in its capacity for psychological understanding, its ability to analyze by dismembering and separating. Experience, rather than observation, is the primary path to knowing.
Truth is steady, faithful, sure, constant, trustworthy, and certain; and that certainty comes through recollection. Time, rather than being expressed spatially—timeline, point in time, from time to time—is rhythmic. It has a beginning and an end; but it alternates between light and darkness, warmth and cold. Again, this notion is carried in the very construction of the language.
In English, verb tenses are related to time: past, present, and future. “He spoke. He speaks. He will speak.” In Hebrew, verb tenses are related to action. The action is either complete or incomplete. “The speaking is finished. The speaking is not finished.” To know for the Hebrew is to hear and feel what becomes. “Seek learning” to find a point.
The challenge before me is to somehow attend equally to both of these heritages; to find a synthesis between what at first glance appears to be diametrically opposed biases—similar to resolving the dual-nature of light, which at times demonstrates a wave-like structure and at other times a particle nature. Studying Hebrew is another monocle to awaken my awareness to other possibilities, offering a distinct, but complementary, vantage point—a more accurate perception and an expanded worldview.