I am completely serious when I tell you this. 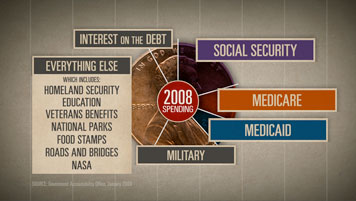 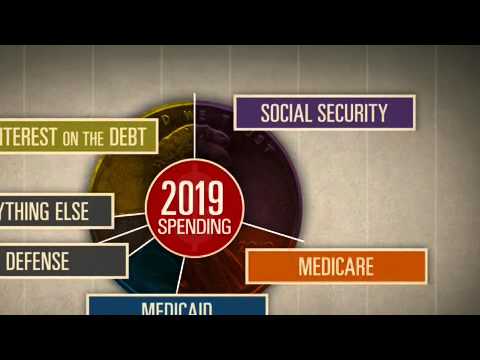 The Comptroller General has the power of truth and facts. His only job is to provide the president and congress with the nation’s state of financial affairs and to make recommendations.
With the gravity of our financial picture today, you would think that the CG would be the most quoted man in Washington. But Mr. Eugene Louis Dodaro, the current CG has had little press exposure since his appointment in 2010.
Based on our ever deteriorating financial position as a nation and as individual citizens combined with the projected negative outcome of continuing such a course, you would think that the CG would use his position, like an ancient Old Testament prophet to shout warnings from the roof tops.
But while Mr. Dodaro is eerily quiet considering the role of his office, others are not so demure. One of the most outspoken Comptroller Generals was David Walker (1998 to 2008) who served under both Democratic and Republican presidents. 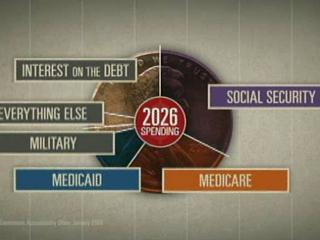 Mr. Walker resigned his office in 2008 as a form of protest after it became clear that neither the Republican President or the Democratic controlled House and Senate where taking his continued and constant reports seriously.
For nearly his entire 10 years in office, his counsel and factual data were received with a kind of economic apathy so common in the halls of government.
As the keynote speaker at the February 2, 2005 National Press Club Outlook Conference, CG Walker began his remarks with these words:

I’m sad to say that since I last spoke on this issue here at the National Press Club back in September of 2003, our nation’s long-range fiscal imbalance has deteriorated significantly. Furthermore, as you all know, most state and local governments also have their own fiscal challenges and are having to make increasingly difficult choices.

We now confront three large and interrelated national deficits. The first is a large federal budget deficit. The second is a growing balance-of-payments deficit. And the third is an alarming personal savings deficit. Frankly, it’s easy to dismiss government deficits and debt as someone else’s problem.

But in my view, every American has both a personal reason and a civic responsibility to become more informed and involved in the coming debate over our collective fiscal future. 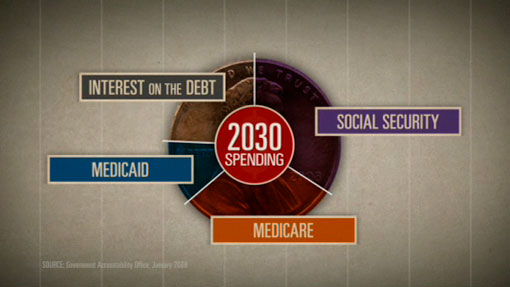 These kinds of efforts to educate the government and the press were follow-up by using his office and influence as CG to kick-off the Fiscal Wake-Up Tour beginning in 2005 and expanding to 40 cities.
After 10 unproductive years warning everyone who was supposed to listen, you know…the president, congress, governors, the American people, Mr. Walker resigning his post.


In 2008, he elevated his personal crusade to educating the American people about the disaster that awaits us by joining forces with the Peter G. Peterson Foundation.
One of their most impactful projects was the I.O.U.S.A. documentary that outlined where we were fiscally in 2008. THIS IS A MUST WATCH! This rare peek into the past validates the present and gives us a clear picture of the future.
WARNING: This is a bit like knowing that a tornado is about to hit but being afraid to go outside to the storm shelter.

I said earlier that in my opinion–considering where we are today–that second ONLY to the president, the most important office in government is the Comptroller General and the GAO.
I say this because without a clear picture of where we are and a plan for a solid financial foundation, it matters little what laws Congress passes, if we do not have the money to execute them. It makes little difference what disasters happen in the world, we will not be able to help them if we can’t even help ourselves.
It won’t matter how much you have paid into Social Security or how much you deserve government funded medical services or disability assistance or a hundred other “entitlements,” none of these will be available if we do not make serious changes now.
America has had terrible debts in the past and we have pulled out of them.  What we had then that we don’t seem to have now is the WILL TO CONTROL OURSELVES.

The GAO has the information that we need to “Man Up” and face the music. If the CG would take a relentless course of action, even at the risk of being fired, it could make a real difference.
But even more important, if we as citizens and American families took the same information and adjusted our lives accordingly, that would have lasting impact.
Truthfully, neither the President nor the Comptroller General have the power that we do collectively–remember they both work for us. 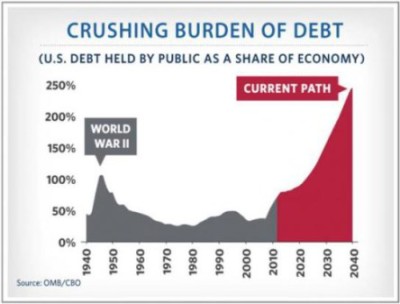 So the real question is what are you personally going to do about it? If you don’t start making changes within the next 60 days…don’t bother. This problem is at OUR COLLECTIVE door step now and will not be ignored.
I hope one of two things happens right now:
1) I hope I am preaching to the choir and you are already engaged
or
2) I hope I offend you enough that you will try to prove me wrong (get ready for a surprise!)

Here are a few questions, suggestions, and recommended readings that you seriously need to consider: 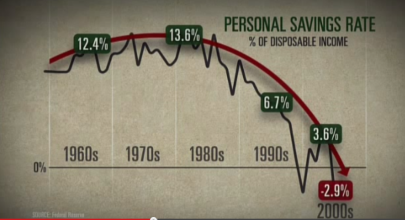 QUESTIONS:
How much of the information in the video did you actually know?
Are you a part of the problem?
What is your savings rate?
What do you do with your savings?
How could you “tighten the belt” and either save more or pay down debt?
Do you know what you total personal debt is?
What is the difference between consumer debt and business or legitimate debt?
How can you make more money (and save more)?
What is your investment plan?
Can you afford not to have an investment plan?

SUGGESTIONS:
1. Creatively consider what you could live without to reduce your cost of living down to 60% or 70% of your income (this includes taxes). I challenge you to try an experiment: go through all of your possessions and sell everything you don’t need. You will be shocked at how much you can raise.  This becomes the beginning of your savings plan.
2. Decrease your mortgage payment even if it means down-sizing (I promise it will not kill you).
3. Start a savings plan TODAY. Savings are the life blood of any economy.
4. Stop paying for things that your kids can pay for themselves (yes, that means they will have to earn their own money).
5. Review all family and individual activities that require money.
a. Do you really need these items? Are they vital to life?
b. If yes, who and how should these things be paid for?
c. Who benefits the most by paying for them?
d. How does paying for things increase awareness and make a child responsible?
RECOMMENDED READINGS:
Richest Man In Babylon, Clason  (new $6/used $3)
America’s Great Depression, Rothbard (new $15)
Meltdown: A Free-Market Look at Why the Stock Market Collapsed,
the Economy Tanked, and Government Bailouts Will Make Things Worse, Woods (new $18/used $4)
Redistributive Modeling, Karren ($5 contact me – sb@monticellocollege.org)

The Importance of Being in Over YOUR HEAD

The following is an excerpt from the book  The Dream Giver by Bruce Wilkinson. I was eating lunch with a friend who... read more

The Rest of the Story

I am so blessed. Julia and I reached our 30-year wedding anniversary this year...and we are still very much in love. We have... read more

Enrollment for the 2016 Monticello College academic year is filling up (remember, we run from mid-April to mid-November as an... read more

The Three Most Important Questions

This is the transcript of a short video from Vishen Lakhiani founder of Mindvalley. So the big problem of life in industrialized... read more