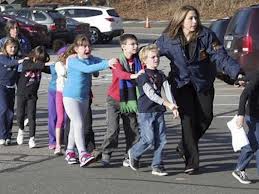 A people may prefer a free government, but if, from indolence, or carelessness, or cowardice, or want of public spirit, they are unequal to the exertions necessary for preserving it; if they will not fight for it when it is directly attacked, if they can be deluded by the artifices used to cheat them out of it, if by monetary discouragement, or temporary panic, or a fit of enthusiasm for an individual, they can be induced to lay their liberties at the feet, even of a great man, or trust him with powers which enable him to subvert their institutions, in all these cases, they are more or less unfit for liberty: and though it may be for their good to have had it for a short time, they are unlikely long to enjoy it.
John Stuart Mill On Liberty (1859)
English economist & philosopher (1806 – 1873) 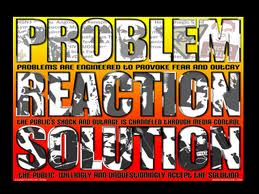 The Problem Reaction Solution Paradigm
It is part of human nature to press our advantage.  We do it in sports, we do it in business, and unfortunately we do it our personal relationships.
People who have government power also do it, frequently out of the best of intentions, but that power is often used to press the advantage in the moment, which leads to laws and policies that forever impact our lives.
To defeat such tactics, the population must develop the ability to keep a clear head, to not be reactionary, to remain calm in a crisis, to develop the habit of stopping and considering the results of any set of actions to their likely and long-term conclusions.
One of the long-standing strategies employed by many tyrannical powers over time to “press the advantage” has been the misuse of the Hegelian Dialectic (who I will talk about a little later) or what is known today as the Problem/Reaction/Solution Paradigm (PRSP).  The PRSP is a strategy employed to expand power, usually of the executive, and employs a three-step process:
1) Problem – The government or powerful entity creates or exploits a problem, blaming it on others.
2) Reaction – The people react by becoming very alarmed and demanding a solution immediately, often without thinking about long-term consequences.
3) Solution – The government offers a solution that was planned or desired long before the crisis.  The citizens are more than happy to accepting help from the government when offered and the citizens seem generally willing to give up their rights in the process.
The essence of such a strategy is to either create a crisis/tragedy or wait for one to occur (the scarier the better) that frightens the people enough to demand some immediate solution. The strategy requires that the people become very uncomfortable and even emotionally shaken, then to offer a solution that removes that fear.
Taking advantage of the emotional state of the populace is exemplified by former Gov. Ed Rendell in this news clip. The end result of such a strategy is never good for the people and almost always results in more power for the government.  Using this strategy to disarm civilian populations is one of the oldest games in the book.
In the case of restricting and discouraging armed citizens, in the 20th century alone there are at least 10 separately documented cases (Poland, France, Denmark, Finland, Burma, China, Russia, Hungary, Italy, and Romania) in Europe and Asia where a nation was invaded as a direct result of having an unarmed citizenry or a tyrannical government was able to maintain its control by having previously disarmed the population.
There are also 3 very obvious cases (United States, Switzerland, and Israel) where a country was not invaded specifically because there existed a privately well-armed citizenry.
There are some things that once sacrificed in exchange for security (real or imagined), can never be regained. The second amendment is not a hunting provision, it was not designed or intended to support sportsmen.  It was the result of 8 terrible years of war for independence followed by 4 years of civil strife. It represents a solution to tyranny and invasion—from outside or inside our borders. It is the final defense for human liberty, when all else has failed.
If we ban firearms, if we allow this to happen at the level that the president is demanding, we deserve whatever follows.
Now on to Hegel. 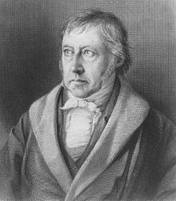 The Hegelian Dialectic
Georg Wilhelm Friedrich Hegel (1770-1831) was a 19th century German philosopher and theologist who wrote The Science of Logic in 1812.
In an effort to explain his understanding of historical change or the means of human progress, he developed what he called the Dialectic.
Hegel taught that as man struggles to overcome the division between reason/morality and selfish desire the following process ensues:
Process
He said that the Geitst (mind and spirit – self/reality) comes to know itself as it is combined with influence from a supernatural force. The greater the development of mind, the greater the internal desire for freedom (increased awareness of the concept of freedom and increased knowledge of self).  This occurs in a revolving process of three steps.

This new reality (new step 1) is again challenged which leads to a new step 2 and so forth.
The terms used by Hegel to express these steps are:

This process is in and of itself harmless and perhaps helpful for those searching to understand philosophy.  However, when understood and purposely used to twist reality and control people, it can be very bad. 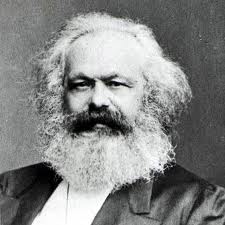 Karl Heinrich Marx
Marx was a German philosopher and revolutionary socialist who died penniless in1883.
He published numerous books during his lifetime, the most notable being The Communist Manifesto (1848) and Capital (1867–1894).
He worked closely with his friend, fellow revolutionary socialist, and benefactor Friedrich Engels.
Marx took what was a benign theory of human development and hijacked it to suit his own purposes. He said that if the dialectic was accurate and people were already accustomed to the process naturally, why couldn’t he engineer the antithesis to lead to his desired synthesis (the Problem/Reaction/Solution Paradigm), thus having the power to direct the general actions of society of Socialist purposes.
Below are the very different perspectives of Hegel and Marx concerning the dialectic.
Hegel – Reality is a matter of mind and through the individual process of ideas and acting on those ideas we will eventually come to the perfect Synthesis (new thesis) that does not change after the fire of the Negative or is not abstract and needs no Negative.
Marx – Reality is a matter of means of production and by adjusting the means of production via revolution, man will become more equal and improve together in a very egalitarian/communitarian way.
Even Marx did not envision the global impact his ideas would have less than 75 years after his death. As a result of Marx’s misuse of Hegel’s Dialectic, the 20th century saw countless millions being denied basic human rights and more than 200 million human exterminations all as a result of the use of Marxist theories or what is called today the Problem/Reaction/Solution Paradigm.
This paradigm is being used in America as I write these words. It was used during the terrible 9/11 Crisis. It was used during the bursting of the Real Estate bubble and the subsequent “trillion-dollar” bail out.
It is being used as the government takes advantage of the deaths of 25 elementary school children.