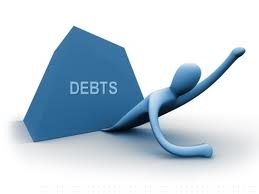 Our title is a play on the Clinton campaign slogan, “It’s the economy, stupid.” Then as today, politicians are banking on the fact that most of us are either not watching or not sophisticated enough to see the big picture.*
The truth be told, it is hard to make sense out all of the numbers and stats that are thrown at us. How many people really understand what is going on with the national debt?  Most people I asked had no solid sense of our predicament, although they all felt that we were in trouble.
What follows is as accurate and as simplified as I can make it. I am not a financial expert, but the information here has been thoroughly researched and I believe it is truthful.  Although there are several ways to create these figures, the important point is that we are overspending and we do not have adequate means to reduce that spending.

For our purposes we will discuss our debt in two categories,
1) National Debt or debt held by the public – money the government borrows on the open market from domestic or foreign investors and
2) Unfunded Obligations – money the government has borrowed in the form of an IOU from intra-governmental accounts, such as Social Security Trust Fund, or it means that the government has promised to provide a certain standard of service to its citizens in the future, knowing full-well it has no means to pay for it.
* All numbers are for the year 2011 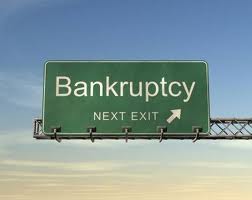 Unfunded Obligations (in addition to GND. In other words, add all that follows to the GND)
Medicare – (Annual expense: 56 billion or 3.7% GDP)
Unfunded obligation (liability): 24.8 trillion (38.6 trillion for 2012)

Recent Budget Cuts: $ 38,500,000,000 (38 billion)
38.5 billion cut from 66.4 trillion in spending is a .00057 decrease in spending, or 57 ten-thousands of one percent. This amount is so small it is hard for us to wrap our minds around it.
I have included a few examples to show the how small .00057 is, to show the ridiculousness of the congressional efforts to decrease spending, and how ignorant they must think we are. 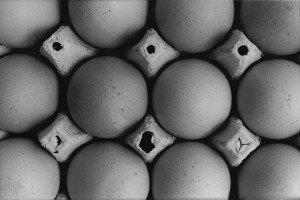 Example One:
If you stacked 100 dozen eggs on your kitchen table (1,200 individual eggs), and you decreased your stack by .00057, you would decrease your pile of eggs by ½ an egg.

Example Three:
You are sitting in gridlock on the freeway. There are 500 cars between you and your exit. If you decrease the amount of cars by .00057 you would remove .28 cars from between you and your destination.
The recent budget cuts of .00057 are having no more impact on our national economy than ½ an egg, or .28 cars off the freeway.  The truth is, it’s just a drop and ½ in the bucket.

But What The Heck Is A Trillion?
One trillion is a number so big that most mathematicians don’t even use it.  I certainly did not really understand it until I looked into it.
Below are a few different ways to wrap your brain around our most politically used number…TRILLION.
-A million seconds is 12 days.
-A billion seconds is 32 years.
-A trillion seconds is 32,000 years; that’s thirty-two millennia or three thousand centuries.
-The United States has not existed for a trillion seconds.
-Western civilization has not been around a trillion seconds.
-One trillion seconds ago – 32,000 years – Neanderthals stalked the plains of Europe.
My son Ben asked, “Dad, if I spent a million dollars a day, how long would it take me to spend a trillion dollars?”  I didn’t know, so we did the math – answer?  2,739 years!!
Now for a last look at our dismal national situation. To put the national situation into a personal perspective, remove 8 zeros from the numbers above and pretend it’s your household budget:
Annual family income: $23,000
Money the family spent: $38,340
New debt on the credit card: $15,340
Outstanding balance on the credit card: $66,400
Total family budget cuts: $385
You do the math.
Where is the outrage! Where is the dedicated long-term commitment to unshackling our great grandchildren from this oppressive enslavement.  Generational debt has generational, INTERNATIONAL consequences!!
Suggestions
All indications are that the United States is coming to an end of its 50 years in the spotlight.  I continue to believe that we can mend our ways and re-gain the lust of the “best nation in the world” status, but history is not is our favor.
If we continue our downward spiral, things will change, standard of living will plummet for most Americans and new realities will begin to emerge. To get a head-start on these likely changes and not be caught unprepared physically, financially and emotionally, here are a few common sense suggestions: 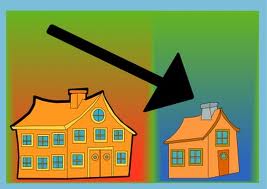 1. Take a long hard look at your financial situation and make changes to strengthen your position. Get out of debt as soon as possible, even if it requires you to do something drastic.
Just to be clear–no debt means – you don’t own an money, to anyone, for anything.  The window of opportunity is closing.
2. Consider a lifestyle change. Today’s dollar has much more purchasing power than it will this time next year, so consider developing stores of things with shelf life that you already use.
This is not as strange as it sounds. Growing up on a farm, we always had stores of necessaries on hand, even as much as a year’s worth of food, clothing, equipment, supplies, etc.
We only went shopping once every couple of months.


We used our basement as a root cellar, we canned food we grew. Something like a mild Prepper…It used to be the American Way.
3. Learn to grow food and try to own land debt-free.
4. Make it a hobby to learn forgotten skills such as soap making, use of essential oils, auto repair, making clothes, raising bees, etc.
It is a fun family activity and may have relevance in the future.
5. Develop a family library and use it. Get a true liberal arts education.
6. Re-evaluate your marital and familial relationships.  Do whatever is necessary to improve the weak spots. Family is what will get us through future difficulties.
7. Begin to include more service in your family culture; opportunities abound in your local area. 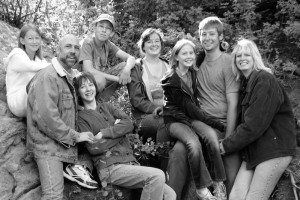 8. Create a family culture of HOPE!
It is not the end, it is just another cycle.  Get that in our heads and we can don anything!
True statesmanship is uplifting and energetic, not doomsdayish and negative.

The Sting  - (the 1973 7-oscars winning movie about con artists)   Liberty is a political state of being; freedom is an internal... read more