“Meltdown: A Free-Market Look At Why The Stock Market Collapsed, The Economy Tanked, And Government Bailouts Will Make Things Worse.” That is the title to Thomas Woods’ 2009 book. It is so good I am sad that I didn’t read it when it was first published. 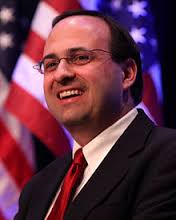 Please do not turn away in disinterest…I know this may not be your favorite topic, but the key to financial autonomy in knowledge and proper application…here is where it begins.

Woods is a New York Times best-selling author and has published eleven books including the Politically Incorrect Guide To American History, and The Church Confronts Modernity: Catholic Intellectuals and the Progressive Era.

He takes the complicated and contrasting concepts of Keynesian and Austrian economics and simplifies them so even I can understand the differences and proper application of timeless principles.

He walks you through:

Here are a couple of quotes from his books:

The economist F.A. Hayek won the Nobel Prize is economics in 1974 for a theory of the business cycle that holds great explanatory power — especially in light of the 2008 financial crisis, which so many economists have been at a loss to explain. Hayek’s work, which builds on a theory developed by economist Ludwig von Mises, finds the root of the boom-bust cycle in the central bank. In our case that’s the Federal Reserve Bank System, the very institution that postures as the protector of the economy and the source of relief from business cycles…the Fed…can expand and contract the money in the economy, and can influence the movement of interest rates upward or downward.

Looking at the money supply makes sense when looking for the root of an economy-wide problem. After all, money is the one thing present in all corners of the market, as Lionel Robbins points out in his 1943 book, The Great Depression. “Is it not probable,” he asked, “that disturbances affecting many lines of industry at once will be found to have monetary causes?


Later Woods talks about the Keynes’s fantasy of a permanent economic boom:

In the short run the result of the central bank’s lowering of the interest rates is the apparent prosperity of the boom period.  Stocks and real estate shoot up. New construction is everywhere, businesses are expanding their capacity, and people are enjoying a high standard of living. But the economy is on a sugar high, and reality inevitably sets in. Some of those investments will prove to be unsustainable and will have to be abandoned, with the resources devoted to them having been partially or completely squandered.

That is one of the reasons the Fed cannot simply pump more credit into the economy and keep the boom going. Yet the economist John Maynard Keynes–who is oddly back in fashion in Washington (even though his system collapsed in the in the early 1970’s when it couldn’t account for “stagflation”)–proposed exactly this: “The remedy for the boom is not a higher rate of interest but a lower rate of interest! For that may enable the so-called boom to last. The right remedy for the trade cycle is not to be found in abolishing booms and thus keeping us permanently in a semi-slump; but in abolishing slumps and keeping us permanently in a quasi-boom.” 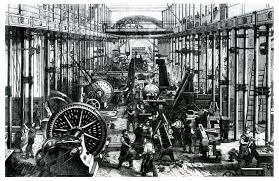 I highly recommend this book to all who want to understand what is happening around us economically and the proper and not-so-proper role of government vs free enterprise.
The Industrial Age (1850-1990??) was a time of massive upheaval regarding the manufacture and production of goods worldwide.
It widened the gap between capital and labor, owner and laborer.
In many ways the current collision of the Industrial and Information Ages has disrupted the order and balance of things far beyond anything we can imagine and with the advent of 3-D printing and things like nano-technology, stem-cell research, and the new relationship between manufacturing and advertising/distribution, we are most certainly entering a New Economy.
This new economy can be identified by key words and phrases such as “multiple-streams-of-income,” Network Marketing, Entrepreneurship, non-traditional business, and private retirement planning. Like it or not, the world of business is changing–and to survive–to succeed, we will have to embrace that change.

P.S. My wife has taken my constant dialog about Free Enterprise, American Economic Independence, and multi-streams-of-income to heart and has started her own company promoting skin care products.  I share it here only to exemplify the New Economy:

New Mentor To Guide Students Through Studies at Monticello College

We are only 3 weeks away from an historic event at Monticello College. By the middle of April, we will... read more

I went back to some of my older blog posts to see what I had said about things then.  Here... read more

I actually wrote and posted this article in 2009, but I felt that it was a good time to take... read more

I was recently asked if I was happy with the changes in Utah State government (6 more Republicans in the... read more