Symbria Patterson is a charter member of the Board of Trustees for Monticello College and is one of my long time closest friends in the world. This article is a reprint from January 6, 2015. 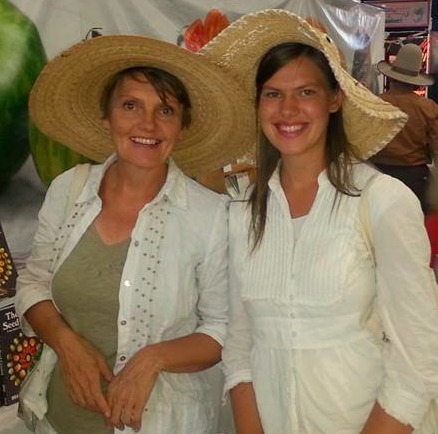 Falls Church, VA—January 6, 2016—The Farm-to-Consumer Legal Defense Fund is proud to announce that Utah farmers Symbria and Sara Patterson are the winners of the first annual Gravel Road Gang Activism Scholarship, an award recognizing FTCLDF members for success in work on food freedom legislation and initiatives. Mother and daughter own and operate Red Acre Farm in Cedar City, Utah, producing raw milk, meat and vegetables.
The scholarship is named in honor of Donna Betts, a long-time farmer and activist in southeastern Ohio. Betts has been a walking history of farming and farm politics in Ohio since World War II. A long-time advocate of measures favoring small farmers and local food production, Betts has not been afraid to take on the government.
She was a successful litigant in an eight-year court battle with the Ohio Department of Agriculture over her right to sell raw pet milk, a case in which she recovered attorney’s fees from the department. The Gravel Road Gang is Betts’ name for a group of women that have been meeting in her area the past 15 years to discuss farming, activism and other matters of the day.
The Pattersons will receive a $2,000 scholarship, money they intend to put toward the passage of a food freedom bill to be introduced in the Utah legislature next month. Symbria and Sara were the main lobbyists in the passage of a bill legalizing herdshare agreements for micro-dairies that Governor Gary Herbert signed into law on March 24, 2015. The Pattersons were studies in perseverance, making the 200-mile trip from Cedar City to Salt Lake City twice a week to lobby for the bill. For the last two weeks of the legislative session, Sara and Symbria did not leave the capital.
They overcame strong opposition to the bill from the Utah dairy lobby and Farm Bureau. In the absence of his wife and daughter, Lynn Patterson continued to run the farm and manage their CSA. On the evening the governor signed the bill into law, Lynn suddenly collapsed at the farm and passed away. 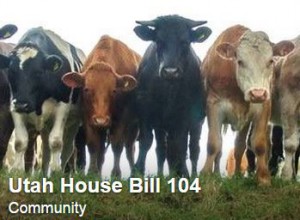 For the 2016 Utah Food Freedom Act, the Pattersons expect to have broader support than they did on the herdshare bill where the only other individuals who worked on the legislation from start to finish were farmer Paula Millby and Connor Boyock of the Libertas Institute.
Utah State Representative Marc Roberts (R-District 67), who sponsored the herdshare bill, will also be the lead sponsor for the Utah Food Freedom Act. The measure will be similar to Wyoming’s food freedom law in allowing the unregulated sale of most foods direct from farms and home kitchens to the final consumer.
FTCLDF works with its members at the federal, state and local level on legislation and other initiatives to promote food freedom of choice; the state level is where the greatest progress will occur in establishing the right to the food of your choice from the source of your choice. We welcome those working on or wanting to work on food freedom bills or similar measures.
P.S. Public Virtue is defined as “voluntarily sacrificing personal benefit for the good of others.” Sometimes the price paid in such a sacrifice is more than we counted on.  See article – Triumph Tempered by Loss

A House Divided Can Not Stand

The recent legal action by Texas maybe the most important Supreme Court case since the legal battle leading up to... read more

School is wrapping up for us at Monticello College (we run from mid-April to mid-November). We thought that you might... read more