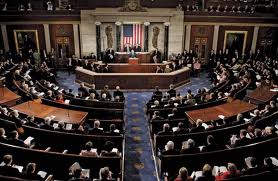 Read Part One Here
Read Part Two Here
Read Part Three Here
Read Part Four Here
Read Part Five Here
There is a story about the late Congressman Bill Orton who was nick-named “No bill, Bill” for his tendency of presenting very few bills in Congress.
I think we could use more of that “No bill” approach here at the Utah State Capitol.
I learned a lot here but not about form or methods.  Being already quite familiar with the system, what I really learned was the philosophy of government of many of our representatives and what appears to be the standard for being a good representative of the people. 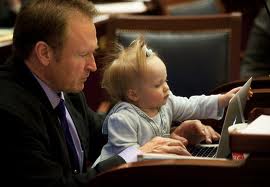 Don’t get me wrong; I have great respect for every member of the Legislature.
In spite of what people may say, I saw first hand the sacrifice and energy that these people put into the process.
I believe that they are all serving for honorable purposes.
But what happens if there is a dysfunctional understanding of the proper role of government to begin with? With bad information, even the most honorable member of a legislature can make serious mistakes.
I believe that the core responsibility of a disinterested (meaning self-less and others oriented) public servant is to first, do no harm; to protect and enhance if possible the rights and free exercise of the liberties of the people. 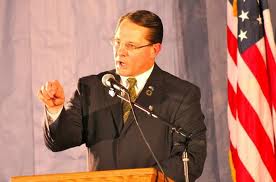 I believe that the statesmen’s job is to ensure that government operates at the most local levels first, and to minimize government whenever possible while still protecting rights.
Government has no right or responsibility to provide and nurture.  Government is force.  It should only be employed to protect.
Since government has no means of production, it can only provide by first taking. Often the process involves taking from the producers and giving to the non-producers.
There are a number of current members of the Utah House of Representatives who through the bills they presented and their engagement in debates exhibited a clear understanding of the governmental philosophy to which I adhere.
But there are many who presented bills and debated and voted in a manner that suggested they saw the role of government as providing and nurturing. I also witnessed voting that defies all logic. A Representative would vote on principle for one bill and then vote with an apparent loss of faculties on the next.  Unfortunately, those voting consistently on principle were in the minority.

One thing that really bothered me was the pervasive mentality that being a good representative means passing a lot of bills.
I personally heard members of the House say that they just really wanted to get some bills passed.  Wow, I thought the role of government was to protect rights, and since we already have a constitution in place to protect those rights, this would mean the passage of very few bills, and those that were passed would simply shore-up the liberties already guaranteed by the State and Federal Constitutions.
This concept of “we have to get something done” has got to go.  Here are my criteria for the passage of law:
1)   Does it increase or at least not decrease liberty?
2)   Does it decrease or at least not increase government?
3)   Is it constitutional? 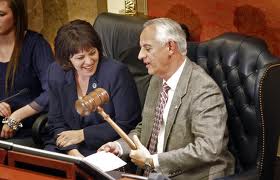 In my opinion, no law should be passed that is out of step with these criteria. Only when the government moves away from providing and nurturing can individuals, families, churches, and communities step in and fill the void. Statesmen protect rights, defend independence and promote personal liberty.  So where are the statesmen?
I was also saddened by the lack of citizen involvement.  The definition of a republic is two-fold; representatives who act on behalf of their constituents and citizens who keep a keen eye on those actions.  As Ronald Reagan was fond of saying, “trust but verify.”  Outside of a few non-commercial/non-industrial lobbying groups such as Eagle Forum and a woman named Kristine who was at the Capitol representing herself (good for you), I saw virtually no citizen involvement.  The gallery was consistently empty of long-term vigilant citizens, but very busy with momentary visitors.
I want to thank Representative Brad Galvez for hosting me. His mentorship was kind, direct, and inspirational. He is one of the good guys. 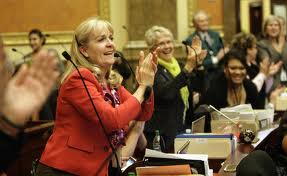 In the final analysis, the old maxim “we the people get the government we deserve” rings true.  There is nothing that I saw at the Legislature that could not be resolved or improved with an infusion of citizen involvement.
Individual Legislators may disagree with this but that is only because they have grown accustomed to holding all of the responsibility and responding to our insatiable appetite for more and more oversight in the form of new laws. The best place to start is on the local level.
Here in Utah we have the Caucus system (more on this in a later post).  If we the people engage more at the local level and then consistently follow-up with our elected officials, holding them accountable as we hold ourselves responsible, I can see a huge improvement for future Utah government.

Read Part One Here American Dilemma Our dilema is that like most things human, we have taken the concept of the division... read more

"Meltdown: A Free-Market Look At Why The Stock Market Collapsed, The Economy Tanked, And Government Bailouts Will Make Things Worse."... read more

A Capital Campaign That Anyone Can Afford

In his 2008 book, The Cube and the Cathedral, George Weigel writes a compelling story suggesting that if you want a good... read more