The Reality of Truth

Do you want to know the truth of things? Or are you happy with the prevailing status quo?
Do you want to know the truth of things, even if it goes against the status quo or proves you wrong?
This can be a real dilemma of conscience —to be unafraid to discover that we have been wrong, and then to adjust our thinking and opinions to a new found truth.
Changing our views as a result of becoming aware of previously undiscovered truth could cause problems with our family, our friends, even our employment.  It could change our political perspectives and impact our political party affiliations.
But truth is truth.
And when it is presented fairly and unbiased, can we do anything but acknowledge it?
I have recently become aware of facts of which I was previously unaware.  I am embarrassed to admit this, but it simply was not a focus for me…until now.

The culprit is the republican primary.  As I have been seriously studying all the candidates, I found myself focusing on foreign policy issues.
The foreign policies espoused by these candidates really fall into one of two camps—interventionism and non-interventionism.
The reasons and motivations for interventionism are well discussed in the media and by the various political parties and I was pretty familiar with their position, it was the non-interventionism that intrigued me.
To take a non-intervention stance in America today is paramount to being anti-American.
Everyone knows that we have been attacked and that there is a war on terror.   We need to defend ourselves and payback the guilty parties for killing 3,000 innocent civilians and retaliate for 6,341 American soldier casualties we have incurred since the commencement of hostilities.  And we need to promote democracy (personal liberty and republican form of government) around the world.
But what if we discovered that we were actually harming the expansion of democracy?
What if we discovered that in the past, our government had actually destroyed democracy and setup tyranny in a country that we are now targeting as a threat to democracy?
What if we were angry with a country for making threatening gestures toward us and our way of life, only to discover that our government destroyed their chances of democracy with violence and bloodshed, had hundreds of their democratic leaders arrested, tortured and killed and installed a dictator–all for money?
What if our past wrongs and continual interference in the affairs of this country are the current fuel for their hatred and threats towards us and our friends?
What if we discovered that this all happened only 58 years ago? 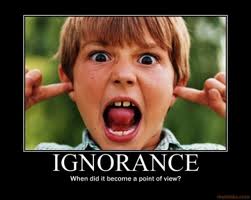 Do you want to know the truth, or would you rather remain in ignorance?
(this is not an insult, I am still very ignorant of many things. Ignorance simply means I don’t know…yet.)
Some of you will be angry with me…some will unsubscribe from this blog…but many of you will study this information, experience a series of emotions and finally change some long held views.
This is called the “Transformation of Education.”
Enjoy!
Summary of a new found truth:
1. The U.S. government over threw the government of a Middle Eastern, non-Arab country in 1953.
2. This country had developed its own constitutional monarchy as of 1906, and was well on its way to industrial modernization.
3. This country had been exploited by Great Britain since the 1920’s for its rich oil revenues. After repeated calls for a more equitable distribution of these revenues, in 1951 the Prime Minister nationalized the country’s oil operations, effectively cutting Great Britain out of the picture.  Previous to these interactions with Great Britain, the Untied States and this country had excellent relations and were partners in the Cold War.
4. In 1953, the United States reversed its position and the CIA and MI6 collaborated to overthrow the government and install an authoritarian monarchy.
5. Even though the average citizen of the United States is completely unaware of these historical facts, the citizens and leaders of this country have never forgotten their ill treatment at our hands.
6. Today, the United States is threatening another invasion of this country.  Is it any wonder they are furious with us?
Actions have consequences.
Click on these links and learn more of our governments actions…and the truth will set you free.
Or make you mad as hell.
Video One
Video Two
Source One
Source Two

In spite of the fact that we live in a world dominated by the extreme credentialism, government regulation and oversight,... read more

From our "technological, sophisticated, debt-funded, high-standard of living" perch, we sometimes forget our humble beginnings and how simple things were,... read more

A new phenomenon is emerging that could change everything that we know about how to earn a living. People are... read more

Does Anybody Understand This Stuff?: Part 7, Radical Economics – A Thumbnail Sketch of 4,000 Years of Economics