A March 9, 2013 Wall Street Journal article entitled “Doing a Texas Two-Step Around Educational Reform” once again brings to the forefront the fundamental discussion of “what is education and why?”
The article begins by summarizing the recent decision of over 800 Texas School Boards to lower high school graduation requirements.
Mr. Charles Cook, a co-author of this piece, makes the simple claim that decreased graduation requirements lead to decreased learning expectations, which lead to ignorance of the world we live in and failure as a nation:

Ever-lower expectations lead to one predictable outcome: a profound ignorance of the world among young people in an era when international events and evolving fiscal and trade policies have a personal impact on communities, businesses, and individuals in every corner of the U.S.

Citing the 2008 report “Still At Risk: What Students Don’t Know, Even Now,” Cook points out that its not just jobs that we should be concerned about but the greater concept of citizenship:

Allowing young people to graduate as historical or geographical illiterates is myopic for another reason.  Training them for getting jobs is not good enough; graduates of public schools are also citizens. Ask any physician today whether politics impacts his livelihood.

Cook, the CEO of Responsive Ed, which operates sixty charter schools in Texas, then goes on to give an overview of the education for citizenship:

We have a different approach to equipping students to face the future, one that has the weight of millennia of human experience behind it: a rigorous classical education. Such an education (called liberal-arts at the college level) does not shortchange math and science. On the contrary, those subjects are studied with more rigor than can be seen in today’s public schools.

Students also learn the fundamentals of English grammar; American and World history through the reading of primary documents; and the great stories of human struggle and yearning told by the greatest storytellers Homer, Shakespeare, Milton, and Melville.

They study the principles of liberty and self-government as articulated by the Founding Fathers and the ennobling beauties found in painting, sculpture, and song. Yes the children have to learn Latin, too, just as the Founding Fathers did, because that language gives the greatest insight into the vocabulary and grammar of our own tongue and the Romance languages, including Spanish.

Cook, then articulates what is on the mind of most every employer and what every employee entering the workforce should pay close attention to:

Certainly America needs as many engineers and computer scientists as the country requires in the 21st century.  But that does not describe what lies ahead for the vast majority of young people entering the marketplace.

The most common complaints of American employers are that job applicants and recent hires lack communication skills and higher-level thinking skills. More plainly, many applicants cannot read a memo, they cannot express themselves in speech or in writing, they lack the ability to think through difficult problems. 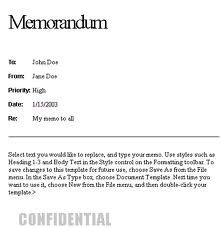 Training Young people in the liberal arts and science also will better prepare them to become the “boss” when it is time for the present cohort of bosses to retire. Those on the front lines of hiring employees in this state see the need for a classical education.

Cook ends the article with this pointed paragraph:

Jobs do not create the human mind; the human mind creates jobs.  As a result, the very best education—the kind the Founding Fathers had—is what will produce good workers and good citizens.  The challenge for those who want to eliminate testing in world history and geography or the other subjects in Texas is to explain how students are prepared for a global economy when they are not required to learn anything about either the globe or the economy.

Thanks to my friend Pam O’Dell of New York who continues to scour the WSJ for pertinent articles.

Read Part One Here II. Attention Span and Freedom Of course, attention span by itself is not enough to guarantee education or... read more

Ken Ivory is a current Utah State Representative in the state legislature.  He is one of several who are promoting... read more

Funding Is Half Way There

Last month we sent out an email (The Right Idea At The Right Time) comparing the beginnings of Monticello College... read more