Like you, I have seen many versions of the video (see post – Will Not Happen On Our Campus) where people are asked basic questions and virtually no one seems to know anything.
So rather than feel sad or even scared at that apparent lack of American cultural literacy and the ramifications of that lack of academic prowess, let me lead with a positive note. 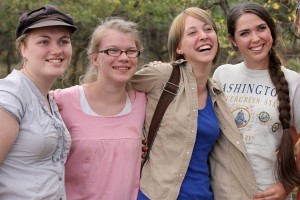 By the time a student has spent one year on the Monticello College campus, they will have mastered all of the questions below and a lot more.
I challenge you to grill any of my 2nd year students with the questions listed below. I can personally guarantee that you will be impressed and a little envious of their reservoir of knowledge.
While I think that all of our students are very bright and extraordinary, there is no question–they put in well over a 1,000 hours of study each year to reach this level of proficiency.
Try your hand at these questions…who knows? Maybe you are smarter than you thought or maybe you will decide that it might be time to enroll at Monticello College.

YOUTH FOR AMERICA: It’s Back and Has Found A New Home

It has always been true—the youth are the future. So what does your future hold? Are you prepared to step into your... read more

National Defense Authorization Act: Is This The Line In The Sand?

Posse Comitatus... Due Process... Habeas Corpus... What do these all have in common?  Suspension and death, if the National Defense Authorization Act is not vetoed... read more