The President of the United States believes that our role in the global community is to punish the Syrian government for military strikes on Syrian civilians resulting in hundreds of deaths and diminishing the Assad regime’s ability to deploy biological agents in the future.
Whether or not it is the duty of the U.S. to punish another sovereign nation against which we have not declared war is an important question.
Another pertinent question is, is it possible for the U.S. to retaliate on behalf of innocent victims without further civilian casualties?
War is armed conflict between nations.  It is unrealistic and dishonest to suggest that any act of war (or international violence) can be accomplished without civilian casualties or “collateral damage.”
Another questions is, is the U.S. bound by international law?  I have my own opinion, but what matters is, does the Obama administration adhere to international law or not?
Does the United Nations and the International Court of Justice have the force of law globally?  If they do have the full force of law, then how does Obama justify military action without the approval of the UN Security Council? 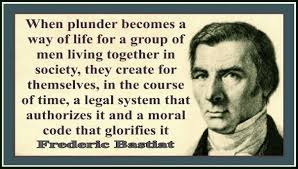 These questions and others to follow, came to mind as I was contemplating the advice that would have been given in this situation by the little remembered French economist and legislator Fredric Bastiat (1801-1850).
Bastiat is well-known by his readers for expounding the philosophy of “that which is seen and that which is not seen.”
In essence, he taught that every action taken based on what is seen or known in the moment would always be followed by a myriad of unaccounted for or unseen consequences.
He predicted that as we then attempted to deal with these unforeseen results of our initial rash actions, we would typically make more ill conceived decisions that simply complicate and make matters worse.
Bastiat’s solution was to think about the unseen for a long time before taking any kind of action, and like an expert chess player, think about the consequences of a single move many moves into the future before taking that first move.
Take Syria for instance. 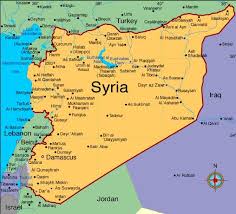 WHAT IS SEEN? A totalitarian regime allegedly targeted civilians, hundreds were killed.
For this, the U.S. president and some members of Congress wish to respond with more military action.
WHAT IS NOT SEEN? This question leads us to ask more questions:
Were the targeted civilians viewed by the standing government to be actively engaged in the current rebellion against the Assad government?
Did the Assad government warn these civilians before the suggested attack?
Were known rebels using civilians as human shields and setting up their operations in civilian populations?
How will Syria and her allies react to U.S. military intervention?
How will U.S. intervention impact the region and consequently the U.S. economy?
How will the U.S. react if Syria or its allies retaliate?
How many U.S. soldiers will loose theirs lives in escalated U.S. intervention?
This thought process begs more questions:
What is the proper role of the U.S. government? Policing the world or protecting its soil and citizens?
Does the international community have the right to discipline the United States as it sees fit? If not, why not? And if not, why then do we have the right to take such offensive actions?
Are human rights and dignity best protected by military force?  What other options are there?

Does the U.S. government have the right to risk the lives of our soldiers— our fathers and mothers, our sons and daughters—simply to protect the rights of foreign civilians?
If yes, then why are we not intervening in the affairs of at least ten other troubled nations around the globe currently abusing the human rights and freedoms of their own citizens?
I don’t have all the answers but I do have many more questions that need to be asked and answered before I would be in favor of a strike on Syria.  I would ask lots of questions about our 12 years in Afghanistan and our more than 20 years in and out of Iraq.
Have we ultimately increased American freedoms and human rights through these military actions?  Was the cost worth the effort, or another way to ask the question, was the threat sufficient for the price we have paid both in lives and in dollars?
I encourage all of you to take some time to read the full essay “That Which Is Seen And That Which Is Not Seen.”

If you follow my posts at all or are interested in the "Gun Freedom" debate, you have to go back... read more

Retirement. Most Americans are either ignoring this fact of life hoping it will go away, or facing its eventuality with fear... read more

How many of us know the origin of Thanksgiving? Thanksgiving celebrations began as early as 1541 along the eastern seaboard of... read more

Pigs, Chickens, And Cats–Oh My

We already have cats on campus--our trusty mousers, and we are very excited about the coming additions to the farm... read more

"Then one of them, which was a lawyer, asked him a question, tempting him, and saying, “Master, which is the... read more