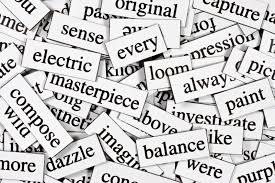 Words get wrongly used all the time. Some words or phrases are used inaccurately so often, that we become numb or grow ignorant to their original meaning or significance.
To wrongly use or misuse a word means to change the definition (ignorantly or on purpose) to gain some political, economic, or religious advantage or that by our actions over time we actually change the meaning of a word or phrase.
I’ll give you a couple of examples to show you what I mean.
Example #1
Most people would say that the words “education” and “schooling” are synonyms (different words with the same meaning). But nothing could be further from the true:
School /Schooling Defined* –
1) any activity that is designed to instruct, inform or train a person how to act; to teach a person his part.
2) a crowd or group. Doing things as a group.
Education Defined –
1) to bring up, nurture or rear from childhood so as to form their habits, manners, intellectual and physical aptitudes.
2) Develop intellectual and moral powers generally. This is done individually or with a few.
In this case, education has come to have the same meaning as school. However, the above definitions from the Oxford English Dictionary would beg to differ. There is plenty of evidence to show the deliberate and false synonym-“izing” of these two words at the beginning of the 20th century.


Example #2
Monticello College  provides a Statesmanship quality education. Statesman is an honorable title with many great historical examples: George Washington, John Adams, Benito Juarez, Mahatma Gandhi, Mother Teresa, and Martin Luther King.
But because of its misuse over time (bad people being called or calling themselves statesmen), most people associate the word with a crooked politician.
So when we misuse words, their meanings become distorted or watered-down until they retain very little of their original meaning—and power.
This brings me to the point of this article. I believe that we have entered a new era, a time of increasing human consciousness, a moment where we actually have the technology to vanquish poverty and ignorance—the Age of Self-Development.
But this phrase, Self-Development or personal development has been heavily over-used or rather, misused. When most people hear the term Self-Development or personal development, it usually brings to mind some motivational speaker or guru who just wants to con you out of your hard earned money. And it’s true, those kinds of people are out there. I myself have found these charlatans in academia, Network Marketing, the world of real estate, and in business in general.
But not all promoters of Self-Development are bad or misleading. In order to develop the skill to discern the good from the bad, we first have to know what Self-Development really means.

To understand the true meaning of this most powerful of phrases and to clarify what I mean by the Age of Self-Development, take a minute to reacquaint yourself with the these original definitions from the Oxford English Dictionary:
SELF –
Oneself: self-supporting
Of oneself: self-honor
By oneself: self-propelling, self-acting
To, with, or toward oneself: self-consistent, self-addressing, self-love
In oneself: inherently, self-evident
From or by means of oneself: self-solution
DEVELOP –
To set forth or make clear by degrees or in detail: develop a thesis
To make visible or manifest: paint a vision
To subject to a treatment or process in order to produce a visible image: develop film
To elaborate (a musical idea) by the working out of rhythmic and harmonic changes in the theme: write a song
To work out the possibilities of: develop and idea
To create or produce especially by deliberate effort over time: new ways of doing business
To make active of promote the growth of: develop muscles
To make available or useable: develop natural resources
To move from the original position to one providing more opportunity for effective use: he moved his chess piece with deliberation
To cause to unfold: gradually developed his argument
To expand by a process of growth: working to expand the company
To cause to grow and differentiate along lines natural to its kind: rain and sun develop the grain
To become infected or effected by: she developed pneumonia
To acquire gradually: develop an appreciation for ballet
To go through a process of natural growth, differentiation, or evolution by successive changes: a blossom develops from a bud
To come into being gradually: the situation developing in Eastern Europe
SELF-DEVELOPMENT 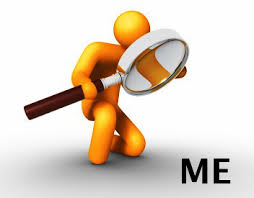 My guess is that the term Self-Development has a more “developed” meaning for you now than it did 5 minutes ago. True Self-Development is the most exciting, invigorating, and uplifting action that a human being can take. Fully engaged Self-Development will literally change you life. Life will be more fulfilling, satisfying, stabilizing, charitable, and revealing than you could ever imagine.
While the phrase Self-Development may have little meaning to the average person hearing it, it has huge significance to those who are truly seeking it.


Self-Development is literally a self-initiated action; founded in the awareness that one’s potential is far greater than one’s current self-expression.

It is a self-propelling action to create or produce, by deliberate extra-ordinary effort over time. Self-Development is a process of natural growth, differentiation, or evolution by successive changes. Self-Development means to move from where you are now to a position that provides more opportunity for personal growth. It is literally the expansion of self. It is the process of making one’s true nature manifest and visible to all.
– Dr. Shanon Brooks

The very act of engaging in true Self-Development is the remedy to the misuse of the phrase. The only way of restoring integrity to this most noble concept—is to live it.
While Self-Development doesn’t have to cost anything at all, my journey and the thousands of dollars I have paid for books, seminars, courses, and mentors has literally changed my life, saved my marriage, and created the vision of my future.
We live in a time like no other. We have the world’s knowledge and experience literally at our fingertips. We live a general standard of living unrivaled by any civilization in the history of the world. And we have more opportunities to develop wealth that any generation that has ever populated this planet.
All that is required for us to enter on the path of Self-Development is to ponder this definition and listen to our hearts:

Self-Development is literally a self-initiated action; founded in the awareness that one’s potential is far greater than one’s current self-expression.

It is a self-propelling action to create or produce, by deliberate extra-ordinary effort over time. Self-Development is a process of natural growth, differentiation, or evolution by successive changes. Self-Development means to move from where you are now to a position that provides more opportunity for personal growth. It is literally the expansion of self. It is the process of making one’s true nature manifest and visible to all. – Dr. Shanon Brooks

If the idea or concept of Self-Development resonates with you, TAKE ACTION!
How long has your “true self” been waiting for your current “limited self” to get it in gear?”

Click here if I have piqued you interest to learn more about Self-Development absolutely FREE.
I promise that there are no hidden fees, not sales pitches, and no under-handed bait and switch tactics. By clicking here now, you will have the chance to be introduced to the most impactful Self-Development program in the world—all for free.
Of course, there will eventually be an opportunity for a no pressure up-sale. But before you get to that, there will be a mountain of FREE, no-obligation information and added value for you to take and use in your life as a means of beginning your own journey of Self-Development. (Did I mention it was free?)
There is a “Freemium” version of the the Mentoring Network coming soon.  If you want a seek peek now though, contact me and I will let you use my password for a day to check it out.
As always, feel free to email or call me with challenges or questions. I am also open to complaints. sb@monticellocollege.org or (435) 590-1661

Social media is not addictive for me, thank goodness because I think social media has become the scourge of the... read more

OK, we all know that launching big things can take more time than we anticipate...this has been the case with... read more

In 1951, Mortimer Adler wrote a insightful essay on education entitled, Labor, Leisure, and Liberal Education. I have included a short... read more

As our school year wrapped up we had just a few things left to do before the snow arrived. STUDENTS SORTING... read more

The Depth of the Swamp

The following is adapted from a talk delivered on February 20, 2020, at the Hillsdale College National Leadership Seminar in... read more

Does Anybody Understand This Stuff?: Part 7, Radical Economics – A Thumbnail Sketch of 4,000 Years of Economics

I believe that this may be the most current and comprehensive report on gun-related violence available to date. In 2013 Slate Magazine... read more