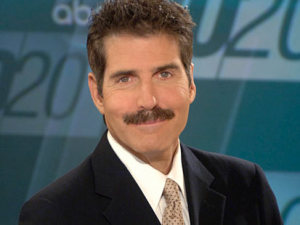 In April of this year, John Stossel wrote a thought provoking article about the ability of never quitting as being the reason America has been successful.
I quote him here:

In the USA, it’s OK to fail and fail and try again. In most of Europe and much of the world, the attitude is: You had your shot, you failed, and now you should just go work for someone else.

But this limits the possibilities. And some of America’s biggest successes came from people who failed often.

We know that Thomas Edison invented the light bulb, but few people know that Edison filed 1,000 patents for ideas that went nowhere. He was fired by the telegraph office. He lost money investing in a cement company and an iron business.

Oprah was fired from her first job as a reporter. A TV station called her “unfit for TV.”

But they all kept striving — and succeeded. They were lucky to live in America, where investors and your neighbors encourage you to try and try again. We are lucky to benefit from their persistence.

But those happy experiments are less likely to happen today. Now there are many more rules, and regulators add hundreds of pages of new ones every week.

Dallas Mavericks owner Mark Cuban left school with no money and no job prospects. He managed to become a billionaire by creating several businesses from scratch. I asked him if he could do it again today, and he said, “No … now there’s so much paperwork and regulation, so many things that you have to sign up for that you have a better chance of getting in trouble than you do of being successful.”

It’s not just big corporations that get hassled by regulators, the way progressives might like to imagine. 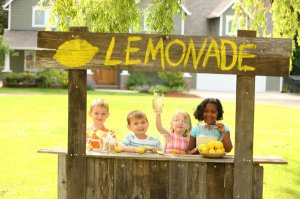 Kids’ lemonade stands — and one I tried to open in New York City — are sometimes shut down for not having proper business licenses.

When Chloe Stirling was 11-years-old, health officials shut down her home cupcake-making business.

The more government “protects” us, the more it puts obstacles in the way of trying new things. It does that every time it taxes, regulates and standardizes the way things are done. Simultaneously, government offers “compassion” — welfare and unemployment benefits.

Faced with the choice of collecting unemployment or putting your own money at risk and hiring an army of lawyers to deal with business regulations, I understand why people don’t bother trying. When that attitude is pervasive, the American dream dies.

On my TV show this week, economist David Goldman says, “The U.S. government has done everything possible to make it hard for people to take a new idea from inception to startup to expansion.” He says that when he told a former CEO that he was going to be on my show, the ex-CEO said: “Just tell them to shut Washington down. That’s all they need to do!”

Washington won’t shut down. But couldn’t regulators just chill out for a while?

Big government doesn’t send us the message that we can make it on our own and that great things may happen if we dare to try. Government mostly hinders us, and then brags that it is waiting to take charge when we fail.

I believe that the American Dream can still become the American REALITY!
But it requires a singular mindset. We have to be willing to work hard and do things that we are not used to. It demands personal responsibility for our own outcomes and doing some double duty (working at more than one thing at a time). And we will have to spend less time watching “American Idol” and more time developing our ideas and taking educated risks.
170 years ago, Alexis de Tocqueville stated that, “[Americans] are constantly excited by two conflicting passions: they want to be led, and they wish to remain free. . . “
Tocqueville was very clear, it is impossible to reach our potential without taking complete responsibility for  our actions and owning our current conditions.
I have spent the entirety of 2014 to this point, speaking anywhere people would listen regarding this very issue and then offering solutions that the average American could engage to turn the situation around.
My main message has been that there is no political liberty without financial liberty and to engage in financial liberty or FREE ENTERPRISE, there must exist a certain level of political liberty. 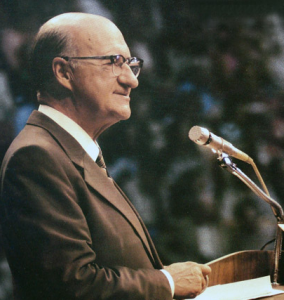 One of my mentors, Cleon Skousen, always taught that the magic of America was that the citizens, free from government intervention, had the right to try, buy, sell and fail. And if you tried enough times, you would most likely succeed.
Today that philosophy has been replaced with that of avoiding risk at all cost and being safe and working for the government or a big multi-national corporation.
This sounds more like a personal wealth death sentence.
To have the kind of financial health that will allow a citizen to engage in liberty of all kinds requires enough residual income to meet all day-to-day living expenses plus 30% to provide citizenship activity flexibility (donations to or promotion of liberty causes or time spent at the state or federal legislature or local political service or speaking and writing, etc).
[Residual income, is income that continues to be generated after the initial effort or cost has been expended. Royalties or rent income for example, are types of residual income.]
For example, if your living expenses are $4,000 per month, you will need a minimum of $6,300 of monthly residual income or $76,000 per year (approximately 20% for taxation and $1,200 for liberty flexibility) to be economically independent and able to engage in liberty.
There is no longer any question, America faces a multiple front crisis; a serious retirement crisis along with a potentially disastrous national and personal debt crisis.
Most Americans recall the devastation caused by the 2004 Indian Ocean Tsunami. We sat in utter horror and even screamed at our computer screens as we helplessly watched people being swept away by the unrelenting waters.
The financial crisis we face today is no less menacing. The current financial tsunami is acting very much like the event of 2004. As the economic tide recedes, we watch not in horror but in curiosity or even total oblivion. The entire nation appears to be suffering from Normalcy Bias,* denying or ignoring that a crisis exists at all. All the while, the water has reversed and is now up around our ankles.
What needs to happen is that real men and women need to face their fears, be responsible and be willing to determinedly taking control of their own destinies.
If we yearn for our children and grandchildren to enjoy the freedoms that we do today, developing this level of Financial Freedom Health is a moral and familial imperative.
Take the Financial Freedom Health/Education Assessment and see how prepared you are to perpetuate financial and political freedom.
Financial Freedom Health/Education Assessment

If any of these questions are troubling to you, click here to begin a free course on financial freedom.

In the USA, it used to be OK to fail and fail and try again.
Before Harland Sanders became world-famous Colonel Sanders, he was a sixth-grade dropout, a farmhand, an army mule-tender, a locomotive fireman, a railroad worker, an aspiring lawyer, an insurance salesman, a ferryboat entrepreneur, a tire salesman, an amateur obstetrician, an (unsuccessful) political candidate, a gas station operator, a motel operator and finally, a restaurateur.
At the age of 65, a new interstate highway snatched the traffic away from his Corbin, Ky., restaurant and Sanders was left with nothing but a Social Security check and a secret recipe for fried chicken.
As it turned out, that was all he needed.
If you, like Colonel Sanders, refuse to give up on the American Dream, click here to start your American Dream education.

* Normalcy bias refers to a mental state people enter when facing a disaster. It causes people to underestimate both the possibility of a disaster occurring and its possible effects. This may result in situations where people fail to adequately prepare for a disaster, and on a larger scale, the failure of governments to include the populace in its disaster preparations.

A Model of Leadership Education, Part 1: The State of American Education

Part 1 of an 8-part article.   From the beginning of "these United States," Leadership Education has been the number... read more

Ken Ivory is a current Utah State Representative in the state legislature.  He is one of several who are promoting... read more

By Will Hively The following article is taken from the 1996 November issue of Discover Magazine. We would like to thank Discover... read more