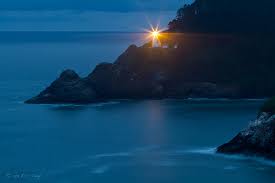 In spite of the fact that we live in a world dominated by the extreme credentialism, government regulation and oversight, and aristocratic hierarchy prophesied by Alexis de Tocqueville, Americans are still capable of pushing through the social and political miasma that bogs down our society and shine their individual brilliance on a nearly comatose nation.
I have faith in the Divinity of our origins and the infinite source of truth to which we all have access.  There have been people of all ages who have risen above the particular brand of tyranny or social prejudice that blocked them and who stepped into the path of their greatness.  The time-tested purpose of education is not job training, but the development of that greatness or genius.
Because the nature of man always attempts to consolidate power, job training in all of its variations over the millennia has tended to put a system or organization ahead of the development of the individual—even while claiming that it is acting in the best interest of that individual.
The development of that greatness or genius on the other hand, does not come from a system, method, or organization—it comes from within oneself.Whatever educational system serves to help the student to see and develop her genius the best, is the best system of education.
Below is a small sample of the literally tens of thousands of people, who have had an impact in the affairs of men or who have added value to society without the benefit of the status quo educational or aristocratic governmental/business hierarchy of their time:
18th Century*
Benjamin Franklin – American inventor, writer and American Statesman (no H.S. or College/self supporting in the real world by age 12)
George Washington – American farmer, Rev. War hero, US president (no H.S. or College/self supporting in the real world by age 17, war hero at 22)
Nathaniel Bowditch – American seaman, author of highly accurate nautical charts (no Elem., H.S. or College/self supporting in the real world by age 12)

Make no mistake, I acknowledge that we live in a world of greed and corruption and controlling powers.  It is a hard, mean, and unfair world. Sometimes it seems that the only way to get ahead or get recognized is to give-in or to join the existing system, even if we have to go along with things with which we disagree.
In fact, it is even true that men such as Carnegie and Rockefeller did eventually create, later in their lives, some of the status quo educational and aristocratic governmental/business hierarchy of which I am critical, but the mere fact that they were able to rise from their humble beginnings to attain such power is a tribute to the human spirit.  The fault does not so much lie in their achievements at the expense of others, but a corrupt government that did not fulfill its creation.
I am even in favor of society demanding a bar or standard for one to achieve before we recognize that person as a professional.   But my argument arises when business, organizations, or government dictate and control the process of reaching that bar or standard from “cradle to grave,” while blocking all other avenues of reaching such proficiency and then attaching huge fees, tuitions, or dues to the only means of achieving competency.  That is more of an “evil” capitalist approach–and I am promoting a “free enterprise” approach.  One that says, “I don’t care how you got here, if you can prove competency, you are in.”
The Failure of the American Education System
In 2006 the University of Connecticut initiated a research project to discover how much learning was actually happening between the freshman and senior years of the collegiate experience. The study selected four academic areas to measure and choose 14,000 students to follow at 50 American colleges, including Yale, Cornell, and Duke. 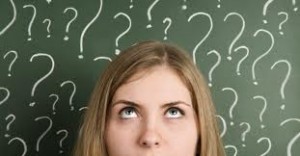 16 of those 50—including Yale, Cornell, and Duke—graduated seniors who knew less than incoming freshmen.
Negative learning had occurred. In the other 34 colleges, no measurable change had taken place.
According to a summary of that study, “Generally, the higher U.S. News & World Report ranks a college, the lower it ranks here in civic learning. At four colleges U.S. News ranked in its top 12 (Cornell, Yale, Duke, and Princeton), seniors scored lower than freshmen. These colleges are elite centers of “negative learning.”
In essence, after spending an average of six years and expending up to a quarter of a million dollars in the search for an undergraduate degree, a great many students had nothing or less than nothing to show for their investment of time and money.  But they did have a diploma, that magic piece of paper.
It is not my intention to bash American education.  Yes, there are plenty of brilliant American educated individuals that impact the world.  But that is not because of the system, it is in spite of it.  The fact that they could go thru such a system and still develop their genius is a tribute to the individual, not necessarily a reflection on the educational system.
Monticello College believes in the fundamentals of collegiate study used on the American continent  for nearly it first 300 years. Fundamentals that are either ignored or discredited in higher education today.  We also believe the solution to the present American education crisis is to provide an educational environment as close to nature and the real world as possible, focusing the whole of our curriculum and mentoring on the pursuit of truth, the development of character, and inculcating in our charges the reality of the limitless opportunities awaiting them.
Our focus on character education is an acknowledgment of the immesurable human spirit.  We affirm that all men and women are born with genius and are capable of virtually anything if they are exposed at an early age to the concept of their own endless capacity and if they are made aware of the power of goodness and truth.
* I would have loved to include women in the 18th and 19th centuries here but didn’t for two reasons: 1)historians were not as interested in women as men and 2) the culture was such that women were seen as a class to be cared for, it was almost immortal for a young woman to be on her own.

A young friend of mine shared her article with me and I thought I would share it with you. Jamisyn Smith was... read more

Buckminster Fuller What do Buckminster Fuller, Peter J. Daniels, and Andrew Carnegie all have in common? They each achieved huge fortunes. All three greatly influenced the politics... read more

Modern higher education has become proficient at convincing the American public that to earn a good living, one must hold... read more

Karen Armstrong wrote a significant piece on terrorism that everyone should read called The Myth of Religious Violence. For those who... read more