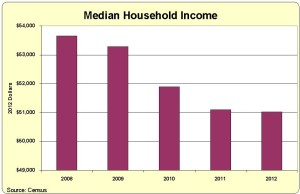 The average household income in the United States is approximately $50,000 a year. If you wanted to be part of the top 25% of income earners, you would need to earn at least $90,000.
To reach the top 10% would be a household income of $140,000, the top 5% $190,000, and to be in the top 1% you would need a combined household income of at least $380,000 a year.
So here’s the question–if you wanted to move up to the top 25% or 10% or even the top 5% of income earners (and who wouldn’t want to?), can you see yourself moving up to these levels with your current means of income?
Most of us have been taught to not even dream that high, but why? In today’s new economy, it is more and more feasible to be a top income earner if you are on the right path. What do you think would give you the best chance to move up to these top levels of income? In my opinion and in the opinion of many experts, the answer is to become an entrepreneur. 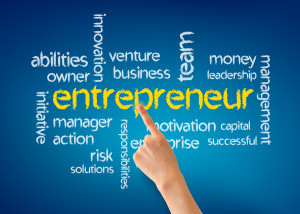 The concept of entrepreneurship has been around for millennia. The great explorers, the crusaders, the pilgrims, and the American west pioneers. The founding of this country was very entrepreneurial. Breaking away from Great Britain to be able to live as we choose, work as we choose, worship as we choose. It was the essence of being an entrepreneur.
Here is what a few entrepreneurs have to say about this life path:
Paul Zane Pilzer – “Why in America where anyone could have anything, would people want to give up their freedom and become effectively a modern day slave, show up every morning at 7:30am leave at 5:30pm, sit down, shut up and do what your told.”
Susan Sly – “Think about the great entrepreneurs, they are visionaries, they have heart. They are willing to do today what others won’t, so they can do tomorrow what others can’t.”
Kim Kiyosaki – “In the world of entrepreneurship, there are no limits. You can make as much as you want depending on how much you want to work and how smart you are and how great a team you put together.”
But there are reasons people shy away from entrepreneurship, for one, it’s not easy. When people decide to become entrepreneurs and work for themselves, they have to make lots of decisions, but they are riskier than you might think.
Kevin Harrington best known as an investor on “Shark Tank” shared this, “Any kind of a retail business with build outs, is extremely expensive. Even a small store such as the popular yogurt shops today can run $300,000 or $400,000 to setup.” 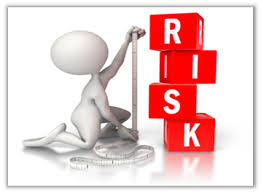 The typical business start-up story is the same, small or large, new or experienced, you are taking a risk and can win big or lose it all, and most entrepreneurs lose it all two or three times before they make it.
Richard Branson is a great example of this. As a very wealthy English Business owner and investor, he has lost at least 15 businesses over the years. 80% of all new U.S. businesses crash and burn within their first 5 years, many in the first 18 months.
Meanwhile, 72% of Americans would love to be their own boss, according to a current Gallup poll, but they don’t know how to get there. There are actually only four options for the average new Entrepreneur:

Even though 72% of Americans say they want to be entrepreneurs and be their own boss, the bottom line for the four traditional options is that each takes money, sometimes a lot of it, they take expertise and they take time. All of that adds up to just too much risk for most people.
But what if there was a way that you could have all of the proven aspects of business ownership and still control your own life? What if you had the proven product, the proven systems already in place, proven training, and you were in charge. And you didn’t have to risk a ton of money.
What if you had all of these good aspects of business minus the employer? Do you think more people would be open to working for themselves in that environment?

"Meltdown: A Free-Market Look At Why The Stock Market Collapsed, The Economy Tanked, And Government Bailouts Will Make Things Worse."... read more

How many of us know the origin of Thanksgiving? Thanksgiving celebrations began as early as 1541 along the eastern seaboard of... read more