[This is the transcript of a lecture I am preparing to give around the country. If you are in Las Vegas, contact me and I would be happy to deliver this lecture to your group over the next 60 days.] 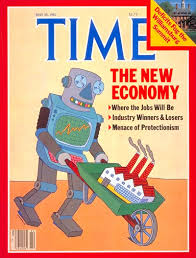 The world is changing faster than ever. What used to take decades, is now taking years or months. And indirectly as a result of these changes, we have two looming crises, the elderly retirement crisis and the college-grad employment crisis.
Rumor has it that corporate America is not a safe place to work anymore. We’ve seen our friends get laid off or maybe we’ve been laid off. Some of those who are still working have had their pay cut. So Americans are overworked and underpaid and they seem to have less time and less freedom.
And there’s something wrong with society when we can measure at a national level, a 35% increase in the chance of a heart attack every Monday morning as people rush off to their jobs. 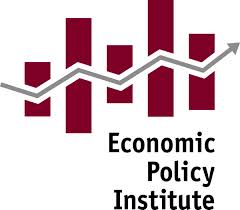 As of April 3, 2015, the Economic Policy Institute reported that,

In a complex economy, conventional measurements fall short. At 14.5 percent, the unemployment rate of workers under age 25 was slightly over twice as high as the overall unemployment rate, 6.7 percent.

But in today’s labor market, the unemployment rate drastically understates the weakness of job opportunities. This is due to the existence of a large pool of “missing workers”(3.3 million-adds at least 3 points)—potential workers who, because of weak job opportunities, are neither employed nor actively seeking a job.

In other words, these are people who would be either working or looking for work if job opportunities were significantly stronger. Because jobless workers are only counted as unemployed if they are actively seeking work, these “missing workers” are not reflected in the unemployment rate. http://www.epi.org/publication/missing-workers/

Technology is accelerating and job security is rapidly declining. It just doesn’t seem like the 20th century models of making a living are as reliable as they used to be. In nearly every aspect of our lives we are adopting newer and better way to do things, but when it comes to earning a living, we are still stuck in the old ways.
We live in the greatest country on the planet but there are a lot of people sitting around being cynical. I say get a clue, there is a huge difference between “3rd world problems” and  “1st world problems.” People are complaining and whining about the upsets of the old model when the obvious conclusion is to leave it and embrace the new model, the new economy, and that is what we are here to talk about today.

Since so much of our lives revolve around our work and the way we make our living, many people are thinking, there just has to be a better way.
The biggest challenge facing our world today is not making money, but what to do with all of the displaced unemployed people. With all of this transformation around us, people are being forced to make changes in employment and lifestyle, but they are frozen by indecision, afraid of making the wrong new career choice or afraid they don’t have the right skill set.
It’s time to face the truth: the industrial age is dead.
And as a result, going to school to be educated for employment is fast becoming an obsolete idea. A steady paycheck and the security of a single employer is an anemic industrial age idea.
Watch for Part Two

We all know the cost of a college education. Having government funding has taken the sting out for some people,... read more

I believe that this may be the most current and comprehensive report on gun-related violence available to date. In 2013 Slate Magazine... read more

Trek One Report [TREK is a tremendous leadership laboratory. When faced with randomly chosen groups, varying conditions of weather, fatigue and... read more

OK, we all know that launching big things can take more time than we anticipate...this has been the case with... read more