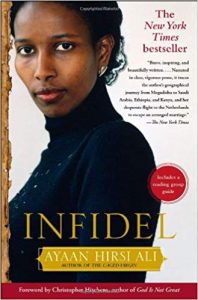 Monotheism. Submission of women. Violence justified by God. Holy war.
Most would conclude that I am referring to Islam, but I am actually describing the first almost 2,000 years of Christianity. It is common knowledge to Christians that what took place in the Old Testament ( the first part to the bible) 3,000 years ago is not necessarily a spiritual mandate for our lives in 2018.  All honest people must admit that in human religious observance there almost always exists gaps between religious history, doctrine, and religion (actual daily observance).
In the case of Christianity, the doctrine is firstly the words of Christ and secondly the Old and New Testaments. While the vast majority who profess to follow the christian faith are usually poorly educated on points of doctrine, a small minority (mostly clergy and scholars) are well trained in the finer points of history and tenets of the religion, regardless whether they follow them or not and are well aware of the gaps between them.
I just finished Infidel written by Ayaan Hirsi Ali. This book chronicles her life until 2006, her first 23 years as she characterizes it were under the iron fist of Islam.

This account is disturbing. It generates lots of questions about culture and religion and government. Ali has experienced a lot of push back from her explanation of life as a Muslim. I am not an expert on the Quran but apparently similar to Christianity, Islam has adherents both purely doctrinal and culturally religious.
Just like Christianity, most who claim to be Muslim have read little or nothing of the Quran, in fact many Muslims are illiterate or can not read Arabic (it is believed that the true version of the Quran can only be read in Arabic). Because the vast majority of Muslims like Christians and even Jews for that matter are unfamiliar with the details of their doctrine, fallacies and incorrect practices have crept in over the centuries. 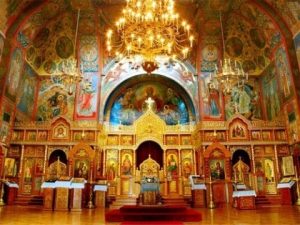 For example, while the “christian” nations practice of male circumcision can be loosely linked to the Old Testament in a weak Judeo-Christian sort of way, according to experts, FGM (female genital mutilation) is not a doctrinal islamic practice; it is not in the Quran or the Hadith. Yet more than 200 million Islamic women have suffered and continue to suffer the results of this barbarism.
There seems to be a violent discussion among Muslims themselves regarding a number of tenets of Islamic doctrine. The maltreatment of women, the practice of forced marriage and  child marriage, the forbidding of education for women and even the use of the Burka (which appears to be an exaggerated application of Hijab – a modesty code for both genders).
On June 14th of last year, a panel of wittnesses was assembled by the Homeland Security Senate Committee to testify regarding the threats of terroristic Islam. Ayaan Hirsi Ali was on that panel and she said:

Muslims are not synonymous with terrorism or repression or misogyny or any of that. So I’d like to start by making the distinction between Islam as a set of beliefs, as a doctrine, as a tradition, as a civilization on the one hand, and human beings as Muslims.
What it boils down to is Islam is part religious and it is spiritual and it has a very rich history of spirituality, but it also has a military/political component. 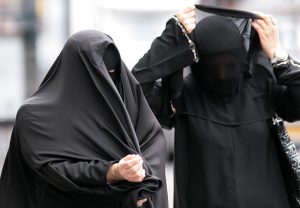 Ali goes on to say that there are some Muslims who accentuate the spiritual and the religious, the peaceful and goodwill promoted by Islam and others who accentuate the militaristic and political aspects of Islam. She says that the dilemma is that both sides claim that they are following the dictates of the Prophet Mohammed.
She goes into detail in this 2017 US Senate hearing. We are at this dilemma that she discusses because of a lack of education in the West regarding Islam a major world religion. This can only be rectified by educating ourselves and I highly recommend that you take the time to listen to this hearing.
In my experience there are spiritual Muslims who seek peace and goodwill and there are fanatical religious Muslims who have combined the teachings of the Quran with non-Islamic cultural practices such as misogyny, FGM (female genital mutilation), and oppression. There are the new Muslims  (emerging as early as the 1970’s) also known as “Islamists” who may or may not incorporate the non-Islamic practices but who most definitely promote the militaristic and political teachings of the Prophet’s 7th century military and political campaigns.
I believe that like Christianity, the doctrine of Islam has much beauty and truth in it. In  fact, Islam has much more more in common with Christianity that it contradicts. But like Christianity, without deep study on the part of the follower, false practices creep in and over time perverting and transforming the original intent until what is being practiced has little resemblance to the original doctrine.
If you are offended by my treatment of either Christianity or Islam or both, I would submit that you are suffering from a lack of information. I would love to be proven wrong and will gladly offer a public apology if I am. However, while you are waiting for an apology, blow the dust off your doctrine and study your religion as if for the first time. Ask hard questions, study your doctrine long and hard  and don’t stop until your have found answers.
Question, question, question the “culture” of your religion, that is the part that is must susceptible to change.

“Tolerance of intolerance is cowardice.”

I don’t think anyone would disagree when I say that the events of January 6, 2021 at the nation's Capitol... read more

A Beginner’s Review of the Qur’an, Part Three: The Best Defense