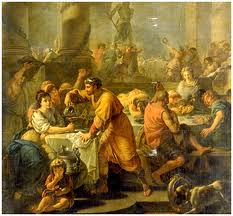 Although modern economics are generally discussed from four polarizing positions; Radical, Keynesian, Neo-Liberal, and Austrian (all of which we will cover later), virtually all aspects of our modern discussion of economics were first articulated by the Greeks, including the following concepts:
1. Rights are tied to duties.  The wealthy had particular duties to society. (Solon)
2. A successful society needs division of labor. (Plato)
This concept was championed by Adam Smith in his Wealth of Nations (1776).
3. Private property is bad; communal property is the goal/ideal. (Plato)
This concept was exploited by Marx, Lenin, Stalin, Moa and others during the 20th century. 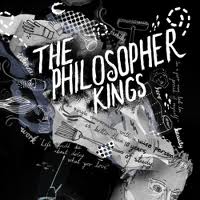 4. Likewise, the economy should be managed rather than have a free market because the people (masses) are not capable of managing their own affairs as well as the Philosopher-kings (leaders) can (See the Republic). (Plato)
5. People should be kept basically equal in their possessions or else they will have pretensions to leadership, and as they are not capable of making qualified decisions, disorder will ensue.  (Plato)
This concept is expressed mostly in 19th  and 20th century economic and philosophic egalitarianism.
6. The State should use Fiat money and oversee it’s value.  This is only possible when the state is run by Philosopher-kings.* (Plato)
7. Human decisions revolve around scarcity and man’s limitless wants. (Aristotle)
8. There are primary and secondary goods. Primary goods are for their own sake, secondary are means used for primary goods. (Aristotle)
9. The free market is better than the managed economy since philosopher-kings are rarely in power and even they cannot understand the depths of man’s myriad wants.  (Aristotle)
10. Money is only good if it is a commodity. (Aristotle)
Money is only a medium of exchange.  What we are really exchanging is human energy.  Money helps us place a value on that energy or our physical/mental exertion or personal will.
This means that the thing being used for money must have intrinsic value.  The object is valuable outside of its use for trade.  An example of this is gold or salt or wheat.  These items all have internal value in and of themselves. They can also be used as currency although most, not very effectively. 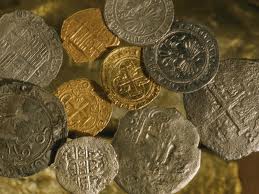 Qualities of a Good Money System
1. Whatever commodity is used for money, it must have intrinsic value and be somewhat rare.
2. It must have the following qualities: durability, portability, divisibility, homogeneity (uniformity in quality) and uniformity in value.  These qualities seem to exist in gold and silver to a greater extent than in any other two metals or in any other commodities.
3. A legitimate and functional Metallic Money System (bimetallic in our case), will issue currency (paper) to represent the real money (gold and silver) for the convenience of use.
4. Banks or nations when issuing paper currency were to have no more currency in circulation than they had precious metal to redeem it. To maintain the stability of a currency, countries would limit by law the amount of precious metal that was mined.
11. Private property is a natural right and must be vigorously protected.  (Aristotle)
John Locke is a great proponent of this concept in his discussion of the theory of value and property.
12. Communal property must be kept at a bare minimum. (Aristotle)
Should there be common-use city parks and ball fields? Yes, but it should be kept at a minimum according to Aristotle.
13. Private property promotes charity. Communal property promotes greed and laziness. (Aristotle)
This is a great point with which to engage in a debate with friends and family. 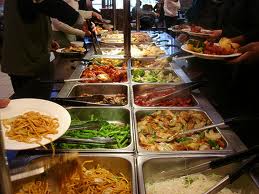 14. The Law of Diminishing Marginal Utility. (Aristotle)
Have you ever gone to a “buffet” restaurant?  All-you-can-eat for one price, right?  A great deal especially if you eat three plates of food. However, the management understands the Law of Diminishing Marginal Utility.
They know that each additional plate of food provides less utility (satisfaction) than the one before.
And despite the enticement of “all-you-can-eat,” most people will eat only until the utility they derive from additional food is slightly lower than the original.  That mathematically leads to a higher profit margin for the restaurant.
15. Man’s law must be based on natural law if it is to be effective and good.  (Aristotle)
Dr. Skousen quotes Cicero on this topic in principle #1 of the 5,000 Year Leap.
16. Happiness is based on what/who you are, not what things you have.  (Epicurus)
Other Greeks who contributed to modern economics philosophy are:
Xenophon
Aristophanes
Bryson of Heraclea
Roman contributions to modern economics are limited to the concepts of widespread trade and coinage systems and the use of long-term contracts. While massive empire builders, the Romans were very practical administrators and tended to used with great efficiency the philosophies, arts, etc. of other civilizations.

* A more current use of this mindset was the philosophy of Divine Right of Kings, which was put down by the American Revolution on our continent.  Unfortunately, a revival of this philosophy is making its way back into American society.
CONTINUED IN PART 4……..

Buckminster Fuller What do Buckminster Fuller, Peter J. Daniels, and Andrew Carnegie all have in common? They each achieved huge fortunes. All three greatly influenced the politics... read more

Do You Know Any Of These Authors and Teachers?

If you follow my posts at all or are interested in the "Gun Freedom" debate, you have to go back... read more

Will Not Happen On Our Campus

UNBELIEVABLE!! I don't want to judge a school by a 2 minute video but this is ridiculous. And this kind of sampling... read more