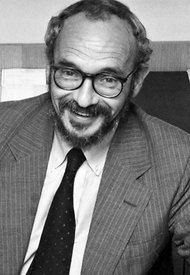 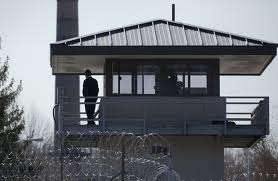 He asked one of the women at New York’s Bedford Hills maximum­ security prison why she thought the poor were poor.
“Because they don’t have the moral life of downtown,” shereplied. “What do you mean by the moral life?” Shorris asked.
“You got to begin with the children . . . ,” she said. “You’ve got to teach the moral life of downtown to the children.
And the way you do that, Earl, is by taking them downtown to plays, museums, concerts, lectures.”
He asked whether she meant the humanities. Looking at him as if he were, as he puts it, “the stupidest man on earth,” she replied: “Yes, Earl, the humanities.”
Poverty, Shorris concluded, was a condition that required more than jobs or money to put right. So he set out to offer the “moral life” as well. Beginning with a class of 25 or so students found through a social ­service agency in New York, Shorris—along with a few professors he had recruited—taught literature, art history and philosophy. The first classes included readings in Plato, Aristotle, Thucydides and Sophocles. 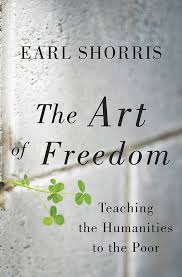 Thus was born the Clemente Course in the Humanities, which is now the recipient of broad philanthropic support.
It is offered to the poor in more than 20 cities around the United States, as well as in other countries, from South Korea to Canada.
“The Art of Freedom” is a narrative of the program’s founding experience as well as a meditation on the Western classics and their effects on readers.
The book, sadly, appears posthumously. Shorris died last year at the age of 75.
The idea of the Clemente Course—named for Roberto Clemente, the baseball player who gave his name to the Manhattan community center where the course debuted—was to “educate a self­-selected group of adults living in poverty,” in classes taught by professors from nearby colleges and universities.
The spirit of the Great Books program was a key part of the idea: There would be no chasing after trendy reading lists or narrow relevance. When Shorris went to recruit students in the South Bronx, in New York City, a white social worker asked him if he were going to teach African history. “No,” he said. “We will teach American history. Of course the history of black people is very important in the development of the United States.” 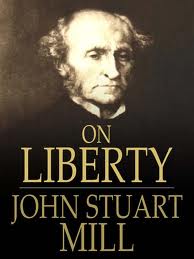 Over time, Shorris began to add texts from the various cultures where the course was being offered—Native American myths, South Korean novels.
But his focus on the Western classics was refreshingly relentless. He was accused of “cultural imperialism,” but the charge didn’t seem to faze him.
The Clemente Course now taught in Darfur, in the Sudan, teaches John Stuart Mill’s “On Liberty.”
Shorris had no patience for mediocrity in his project and insisted on only the best professors to teach Clemente’s classes. When he had to find staff to teach in Chicago, he writes, “neither Chicago State nor the nearby community college . . . were up to the standards of the Clemente Course.”
In the classes he taught, he addressed his students with “Mr.” or “Ms.” He believed that a proper form of address conveys dignity and avoids the kind of casual relationship that most universities want their students and professors to have. 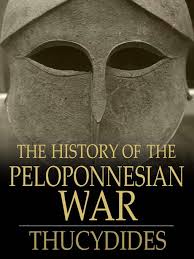 The Clemente Course differs from life at universities in other ways—for instance, by taking the Western classics seriously. How many college graduates have read Plato, Aristotle, Thucydides and Mill?
It also differs in its sense of what the texts can do.
Much of the liberal ­arts curriculum in universities today is devoted to learning about oppression of one sort or another, but Shorris argued that the study of the humanities is a fundamentally optimistic endeavor.
Not that Clemente texts are routinely cheery or anodyne.
Shorris himself taught Dostoevsky, “the brilliant archeologist who dared to make us look deep into our dark sides.” But Shorris did feel that, by reading and discussing classic texts, life was better or richer in some fundamental sense: more valued, more hopeful, more free. 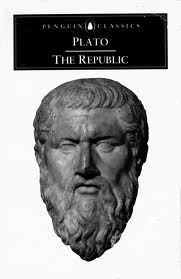 One way that the humanities can help the poor in particular, according to Shorris, is by making them more “political.
” But, he writes, “I don’t mean ‘political’ in the sense of voting in an election, but in the way Pericles used the word: to mean activity with other people at every level, from the family to the neighborhood to the broader community to the city-­state.”
The humanities, he tells his first class, “are a foundation for getting along in the world, for thinking, for learning to reflect on the world instead of just reacting to whatever force is turned against you.”
Shorris recounts the story of a young man in his first class—a 24­-year-­old with a history of violent behavior—who called him describing how a woman at work had provoked him. “She made me so mad, I wanted to smack her up against the wall.
I tried to talk to some friends to calm myself down a little, but nobody was around.” Shorris asked him what he did, “fearing this was his one telephone call from the city jail.” Instead, he told Shorris, “I asked myself, ‘What would Socrates do?’ ”

This article once again makes the point of how simple and deep education should be.  Our efforts at Monticello College are inspired by the work of people such as Earl Shorris, Louise Cowan (a great educator and founding fellow of the Dallas Institute of Humanities and Culture), Viniece Walker (the insightful Bedford prison inmate) and the hundreds of other Liberal Arts advocates who understand the vital necessity of the classics to our culture and our civilization.

Does Anybody Understand This Stuff?: Part 8, Modern Economics – A Thumbnail Sketch of 4,000 Years of Economics

I actually wrote and posted this article in 2009, but I felt that it was a good time to take... read more

Prepping For The 4th of July

(As I was preparing to send you the text below, I opened an email this morning from my daughter Ginnie... read more

WE ARE ON OUR WAY! 65 fruit and nut trees have been purchased for an April delivery. We will plant all of... read more