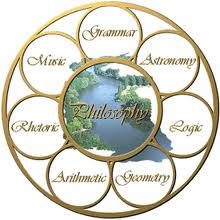 A liberal arts education is your key to unlock the door of living for fulfillment, not just money. But can a liberal arts degree also make you money? Do the ideals of liberal arts have practical implications?
Absolutely.
Warren Goldstein, the chair of the history department at the University of Hartford, published a fascinating article entitled “What Would Plato Do?” in the Yale Alumni Magazine.
“I went looking for Yale graduates who’ve had extremely successful careers in the business world,” writes Goldstein.
“…all of them recommend the liberal arts for those concerned with prospering in their world…Almost all the people I interviewed spoke of learning, as undergraduates, a mode of analysis deeper and ultimately more reliable and more creative than what they learned in business school.”
For example, Susan Crown, a principal of the Chicago investment firm Henry Crown and Company and self-described social activist, says, “A liberal arts education teaches you how to think: how to analyze, how to read, how to write, how to develop a persuasive argument. 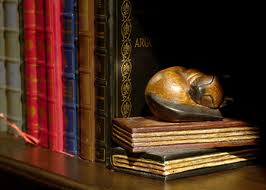 These skills are used every day in business. A liberal arts education also offers the ability to focus on large ideas.
We live in a world where everyone is multitasking, often skimming the surface and reacting to sound bites.
But as undergraduates, we had the opportunity to read great literature and history, to focus and to consider.
This developed a standard of depth and care that calibrates our work for the rest of our lives.”
Robert Rubin majored in history before becoming a commodities and currency trader at Drexel Burnham. “Because I was a well- educated person, I was able to use that education in the forging of relationships,” he says. “I did a lot of business abroad, in cultures where being liberally educated matters more than it does here.”
Charles Ellis asserts that liberal arts lay the groundwork for strategic management of people. Even though he majored in art history, he later founded and ran for 30 years, the international business            strategy consulting firm Greenwich Associates.
“Business management as it is now best practiced,” he says, “is the most liberating and creative and dynamic work people can be involved in: working all the time with human beings.
The only chance you have to be successful is to think of it as a humanistic engagement, as if everyone in your business is a volunteer and could get another job—and will get another job if you don’t deal with them in a way that they find important and meaningful, even exhilarating.
The more you can learn about them and how they work together, and have a chance to think in terms of a longer-term framework and broader vision— all this comes out of a liberal education.” 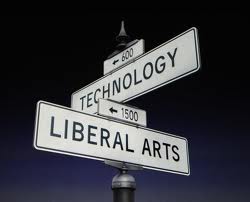 Donna Dubinsky, CEO of Numenta, was the business brains behind the PalmPilot and the newer Handspring Visor. She sees a strong analogy between history and business.
“Business is a giant jigsaw puzzle, with the market, product, right financial and people resources, understanding of the environment,” she reflects. “If all those pieces fit together, you do well in business.
If you focus on just some of the pieces, you won’t succeed.
History is a lot like that; you have to look at environment and technological development and philosophy and competition with neighboring countries. You learn to understand how critical context and complex systems are.”
Richard Franke, retired CEO of the investment firm John Nuveen & Co., adds, “Whatever has made you good and your firm a success is probably going to change within five years or so. You have to recreate the firm through an orderly process every five years.
If you hired only on the strength of the technical training a person has—well, you need someone who can think through a set of issues and come out the other side with a practical set of conclusions.
Because I was CEO of our company for 24 years, I had a unique opportunity to set the culture and to bring on people who could flourish in that culture. I looked for a liberal arts background.”
“Hire liberal arts majors in preference to business majors?” Goldstein asks. “Can Franke be serious? Yes, if the opinions of his peers are any evidence. Says Dubinsky, “I am not wild about business degrees for undergraduates; that’s a vocational-school sort of thing.
I would say, for an entry-level job, if I’m hiring people I would absolutely prefer a liberal arts degree to a business degree.”
Charles Ellis is still more emphatic: “For leaders and managers, an undergraduate degree in business is a genuine, serious mistake.
What you’re going to learn is an advanced version of bookkeeping; you never learn the most rigorous thinking taught in professional business schools. I don’t know anybody who recommends undergraduate study in business, certainly not over liberal arts, and I include science.”
Yes, you will make money with a liberal arts degree. In fact, such an education uniquely positions you for leadership. 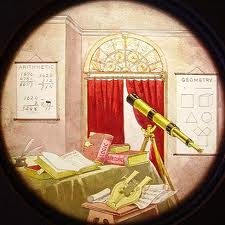 At Monticello College, you’re going to dive into Socrates, Thucydides, Tolstoy, Jefferson, Dostoevsky, Durant, Machiavelli, Marx, Copernicus, Archimedes, Gandhi, Drucker, Kiyosaki and hundreds of other influential thinkers and classics.
You’ll come out the other side equipped to tackle complex business problems, organize community efforts, build a healthy family, and be a contributing citizen.

FIRST YEAR STUDENTS ARE SWARMING TO GET THE FULL TUITION SCHOLARSHIP

Enrollment is in full swing at Monticello College as first year students swarm to take advantage of the 100% full... read more

MC STUDENTS BUILDING A MODEL OF AN ECO DOME 2016 This year school begins on April 18. While we have a... read more

I was shocked, dismayed, and like you I personally grieved for the families who lost children at the Newtown, Connecticut... read more